As both the Xbox One and PlayStation 4 reach thousands of homes around the globe with time, there are going to be a ton of questions that need some serious answering from the get go from buyers who haven’t made their decision which next-gen console to go for. As reviews of the two gaming giants begin to trickle through and people are beginning to see what can be achieved by this new generation of hardware, there’s one question that probably isn’t on the lips of many gamers, but we’re going to answer it for you anyway!

With both the Xbox One and PlayStation 4 vying to be the center of our digital lives, both machines will likely be the focal point of many home entertainment systems, and because of that, aesthetics are more important this generation than ever. Nobody wants a great big slab of plastic sat under their TV screens, and if there was ever a complaint leveled against the original PS3 it was the fact it looked suspiciously like a George Foreman grill. Sony was clearly keen to make sure it didn’t make the same mistake this time around, what with the PS4 looking like it would be right at home in the world of Tron.

The picture we’ve all been waiting for shows just which of this generation we’d prefer to see under our TVs. In fact, looking at this image that compares the Xbox One with the PS4 when it comes to size and it’s fair to say that Sony’s machine makes Microsoft’s look more last gen than next. In fact, the more we look at that big slab of Xbox the more it reminds us of the original model that, yes, we all thought was a bit boring. 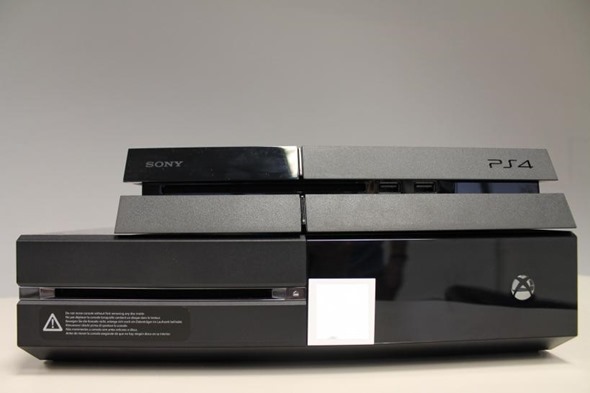 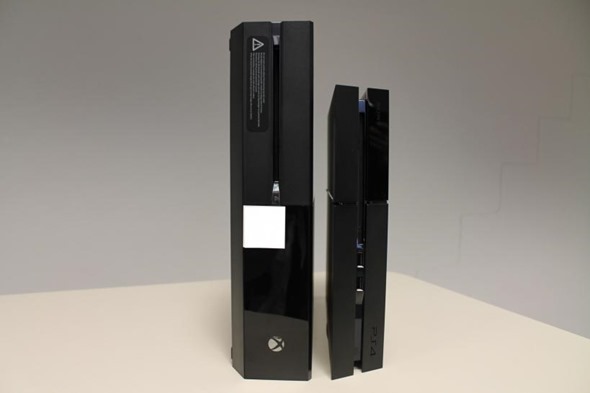 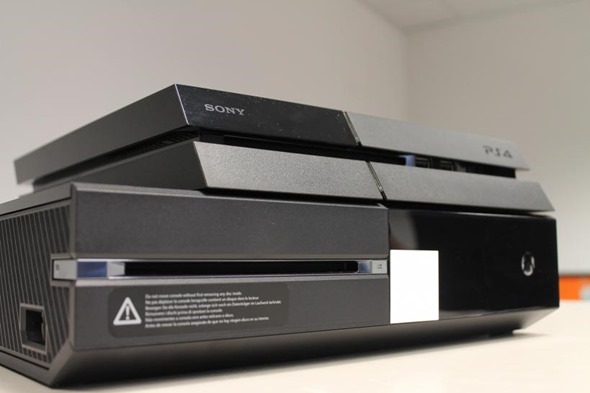 Of course, there’s much more to a console than the way it looks, and we wouldn’t dare suggest that the success of the Xbox One or PS4 will be even remotely related to its size or how shiny it is. 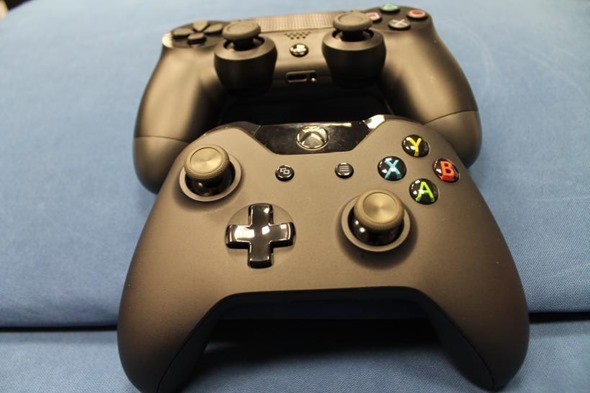 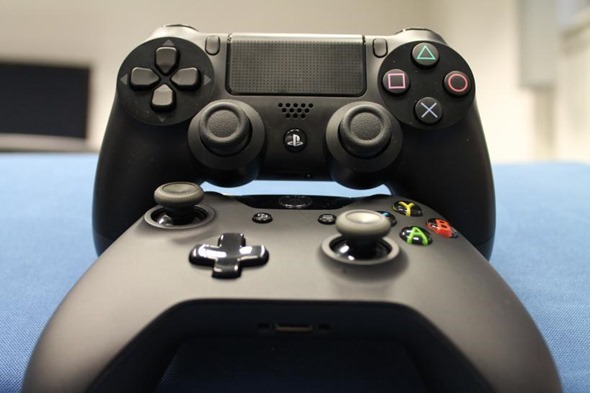 What we are saying though is we know which we’d rather look at all day, and that’s the PS4, the mighty console from Sony which went on sale today in the US.

After seeing the above images, have you changed your mind which console you’re getting based on the physical size of it alone? Or is your mind hard set on what you wanted to buy from the very start? Let us know in the comments section below!