Yet another unfortunate individual has gone to the national press, this time in Canada, to reveal that his Samsung smartphone has exploded right in front of his eyes.

Amarjit Mann, speaking to Canadian news channels, has spoken about how he felt his Samsung Galaxy S7 getting warm in pocket, only to pull it out and have it explode in his hands causing second and third-degree burns. Yet again, more news coverage that Samsung and its reputation could simply do without. 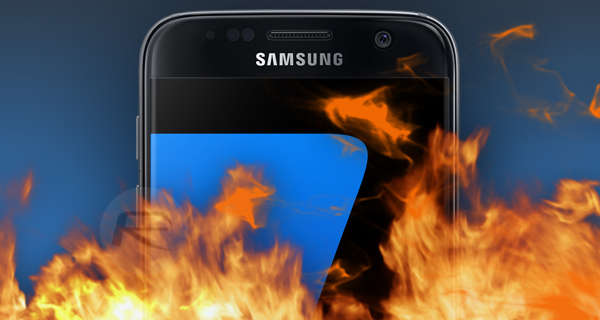 This isn’t the first time that we’ve heard about a Galaxy S7 exploding. Only last month we were privy to a large carrier employee leaking a story of an exploding Galaxy S7 Edge bursting into flames whilst on charge and connected to a power outlet. That incident had eerie similarities to a number of incidents involving Samsung’s now dead-and-buried Galaxy Note 7, but at the time was thought to be a relatively isolated occurrence.

This latest reveal once again focuses on a Galaxy S7, but one that wasn’t actually connected to power at the time. Mr. Mann stated that he felt the smartphone warming up in his pocket on its own accord; not connected to a power outlet, and presumably with it being in his pocket whilst driving, not actually running any processes or performing any tasks. He states that upon removing the device from his pocket the smartphone exploded in his hands and physically stuck to his skin before he was able to shake it off and throw it out of the vehicle window:

This is a nightmare for me, I’ve never seen anything like this. I should’ve lost my eyes, or my cheeks or anything could have happened. I luckily threw it outside. It should have damaged my whole car. I just saw smoke and nothing else. 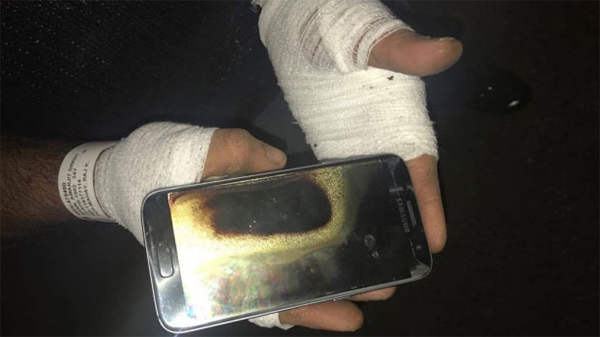 The damage to the device is bad enough, but the fact that Mann received second-degree burns to his hand and third-degree burns on his wrist is where the real issue lies. And of course, if he wasn’t so quick to react, or if the device had simply been left in the car alone, then the damage to the vehicle or surrounding vehicles could have been catastrophic.

It is important to point out that these issues with the Galaxy S7 range, or any smartphone for that matter, do appear to be few and far between and isolated, and they are to be expected with a very small percentage of devices that ship with lithium-ion battery technology within. So yeah, if you are a Galaxy S7 user, there’s nothing to panic about just yet until Samsung suggests otherwise.