Survey Claims Half Of Galaxy Note 7 Users Switching To iPhone

It’s been tough for Samsung of late, and as if having to recall its biggest flagship release of the year wasn’t bad enough, a new report by IDC claims that as many as half of Galaxy Note 7 users are making the jump to an iPhone when they return their handsets.

Samsung was forced to recall two times and then ultimately ending up discontinuing its Galaxy Note 7 smartphone after a worryingly large number of them were found to have caught fire or exploded over a matter of weeks, and while the company did attempt to rectify the situation via an initial recall of the smartphone, devices which shipped following that recall were also found to be prone to a fiery death. 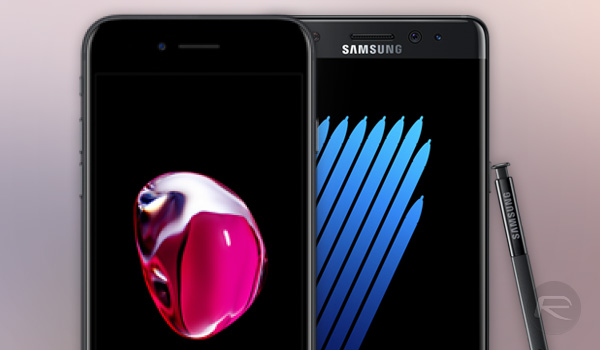 Samsung had no choice but to initiate a second recall, and it’s that which seems to have pushed some Galaxy Note 7 owners over to Apple and the iPhone 7 or iPhone 7 Plus.

Half of the 24 Note 7 owners polled said they have or will choose an Apple iPhone to replace their recalled phone, while 17% said they would choose another Samsung. Most said they will return their phone through a carrier’s physical store.

Eagle-eyed readers will notice the unusually small sample there, and that is without doubt a cause for concern. In fact, IDC is acutely aware that 24 people probably isn’t a good enough sample to really form an informed opinion on the state of play with Galaxy Note 7 owners and the phones they intend to replace their handsets with, but regardless, half of those 24 owners is still an amazingly high statistic. Would a larger sample see that percentage fall? Possibly.

At Apple’s recent Q4 earnings call, when asked whether Samsung’s Note 7 recall will positively or negatively impact iPhone 7 sales, Apple confirmed that it wouldn’t have any impact as the company was simply unable to make enough iPhone 7 units to meet demand.

At this point, whichever smartphone owners of the Galaxy Note 7 are deciding to replace their phone with is of little consequence. The main thing, without a shadow of a doubt, is that they’ve returned their Galaxy Note 7 before it could do any damage. If you haven’t done so yet, be sure to return yours!