Back when the Xbox One was launched, many purists were left disappointed at Microsoft’s apparent emphasis on the machine as an entertainment system, and while the software giant has since made a number of changes to please the baying mob of hardcore gamers, the console still has set-to genes running through its veins. The announcement of the $40 Digital TV Tuner late last summer only underlined the Xbox One’s status as general living room fodder, and today, the company has announced a deal to bring an over-the-air TV tuner solution to the fore.

In partnership with Hauppauge, Microsoft is bringing an over-the-air TV tuner to Xbox One users based in the U.S. and Canada, meaning once you’ve paid for the tuner, you can access local network broadcasts completely free of charge. As per the announcement by Major Nelson, users will get access to the likes of CBS, FOX, NBC, and PBS, without charge, and when hooked up with Sling TV, the likes of ESPN, TNT and the Disney Channel will also be streamed live through Xbox One.

Set-top boxes and consoles both offer scores of streaming content, but a TV tuner offers a more complete experience, and with the Hauppauge WinTV-955Q retailing at $79.99 through Amazon, Best Buy, GameStop and others, an over-the-air solution for Xbox One is here. At this time, it’s only available to those on the Xbox One Preview Program in the U.S. and Canada, and it’s worth mentioning that an HDTV antenna is also a prerequisite to getting everything set up. 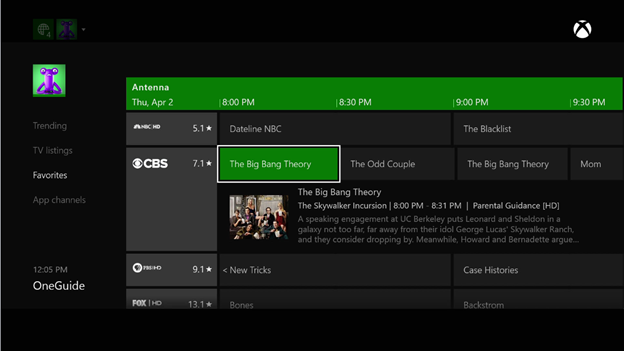 That price may seem a little steep, particularly given the $40 cost of the standard TV tuner, but Major Nelson’s announcement piece does mention lower-costing edition will roll out in the near future. The $59.99 model will also be available to all users in the U.S. and Canada, not just those on the Xbox One Preview Program, although an actual date has not yet been set.

We’ll keep you informed on any further developments, including the release of that low-cost option, so stay tuned!