Apple’s WWDC event has been confirmed by the company itself, and will commence from the week beginning June 2nd. Tickets will be drawn in the format of a lottery, with developers able to apply up until next Monday, 7th April via the official WWDC site. Thereafter, tickets will be randomly drawn.

Google operates a similar strategy to prospective attendees of its I/O developer conference, and given how WWDC tickets tend to sell out in a matter of minutes, this strategy is a great deal fairer to those wishing to oversee what will be an event packed with announcements from Apple.

The main topic of conversation will undoubtedly be iOS 8, the next major update to the company’s mobile operating system. Whilst last year’s iOS 7 brought some of the most obvious visual changes since the iPhone’s inception back in 2007, it’s widely reckoned that its eventual successor will offer a while bunch of alterations to general functionality, as well as an abundance of new apps. 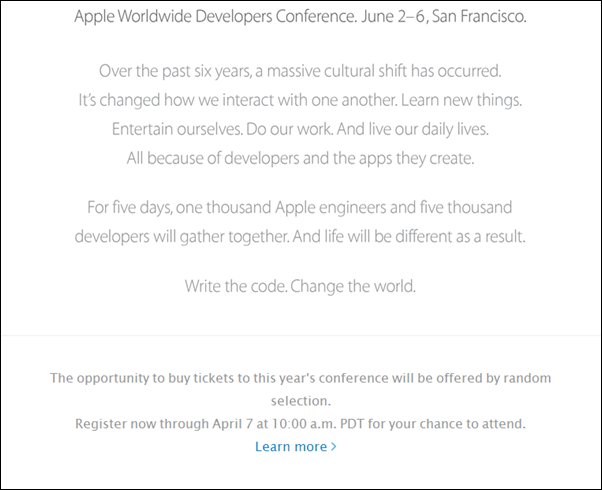 Healthbook, for instance, will be Apple’s first substantial effort to capitalize on the market for fitness and wellbeing-related apps, and as implied by the name, is expected to borrow its card-like UI from Passbook, which first arrived in 2012 alongside iOS 6. With the ability to monitor everything from heart rate to calories burned – according to what we’ve been hearing – Healthbook looks more than just a token gesture to fitness fanatics, and if anything, may serve as the marquee feature of the big iOS 8 update.

Along with iOS 8, Apple will also showcase the next update to OS X (10.10), and although we’ve no idea yet as to what it will be called (other than the fact that it will be California-related), it’s widely suspected that the flatter, cleaner iOS 7 interface will influence the design.

Since OS X Mountain Lion, we’ve witnessed the gradual iOS-ification of Apple’s desktop operating system, and given the company’s strive for uniformity across the board, it’s anticipated that the skeuomorphic elements of Mavericks will make way for an aesthetic in tune with Jony Ive’s software design visions. 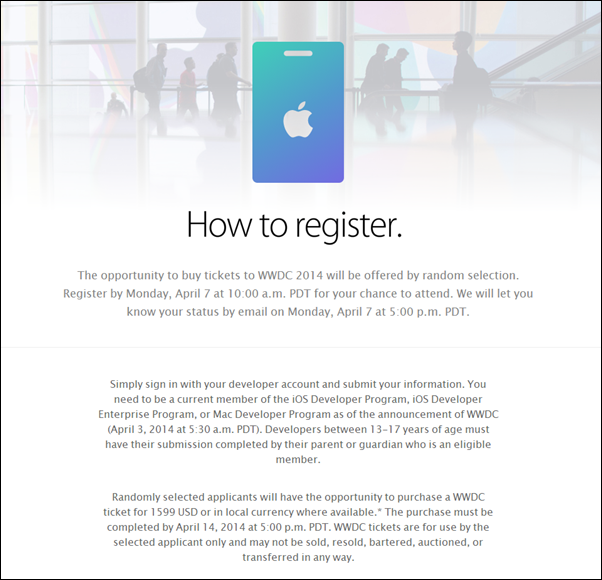 WWDC 2014 promises a great deal, and if you want to throw your name into the proverbial hat for tickets, be sure to head over to the official site, found at developer.apple.com/wwdc

What are you looking forward to seeing Apple announce at its annual dev event? Do share your comments below!