Wraparound For Mac Enables Better Mouse Efficiency, Wraps The Cursor From One Side Of The Screen To The Other

Do you have a large monitor? Ever wished you could save time by not having to move your mouse as much around the screen? Wraparound is a new tool for Mac OS X that lets users drag the cursor off to a screen edge and make it show up on the opposite edge. For example, if the user drags the cursor all the way to the left, it will show up on the right edge. 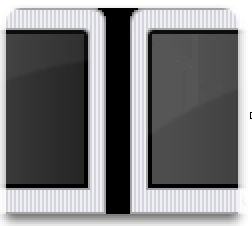 This might sound like a rather absurd and rudimentary approach to improving productivity, but this might make using a traditional mouse as good as it can get. Especially for users with large monitors, dragging the cursor off one edge might be a lot quicker and more efficient than moving it all the way around the screen to accomplish the same task.

This download, which is under 1 megabyte in size, will run silently in the background after an initial setup. During the setup process, users can take steps to customize Wraparound’s experience, such as: 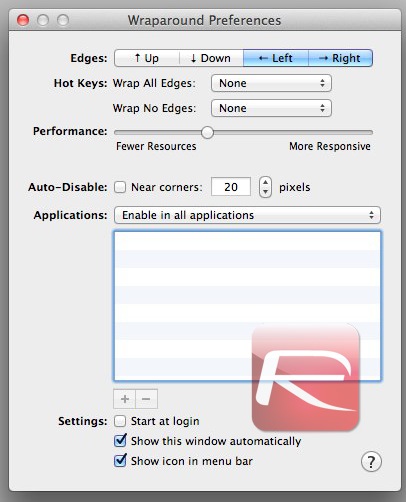 There are other basic options such as displaying the application at login, which you should want to do if you’re planning to use this permanently. Once this window is closed, no additional user interaction is needed unless you want to further adjust Wraparound’s settings, which you can do from its icon in the menu bar.

This tool provides a very subtle change that can be welcome by many with large monitors, although it might be fairly hard to get used to at first. Users with significantly small monitors might not get much use out of it, however, and might find Wraparound more annoying than useful.