Withings Activité Is A Fitness Tracker Inside The Body Of A Traditional Wristwatch; Connects To iPhone

Who’d have thought that the best way to make a smartwatch look great was to make it look like a watch?

While everyone is fawning over the idea of Apple announcing a watch with a 2.5-inch touch-screen, Withings has announced its own offering, called the Activité. Shipping this fall in two colors – white and silver – for the rather high price of $390, the Activité is actually more a fitness tracker than a smartwatch, though. Designed to be absolutely stunning rather than packed with more sensors than a Terminator, the Activité ‘only’ tracks steps taken and quality of sleep, with the number of calories burned also being calculated based on those steps.

While the lack of glucose sensors as well as countless other gizmos that Apple’s iWatch is touted to have will turn some off, the Activité’s seemingly simple design means that it doesn’t need to be charged every ten minutes like most smartwatches. In fact, the thing runs on a normal watch battery and can last for, wait for it, a year!

Who needs wireless charging when the thing never needs charging in the first place?

The design itself is as classic as it gets. Featuring a round face and leather strap, the Activité looks like any other watch. The telling difference is the extra dial. Using the Withings Health Mate app, this can be set to show the wearer’s progress in things like steps and calories burned, and the watch connects to a smartphone using the wonders of Bluetooth LE in order to do that. Speaking of Bluetooth LE – the watch also gets the correct time via Bluetooth, using a phone as the source. We assume that means you won’t need to change the time on it when the clocks go forward or backwards, too. 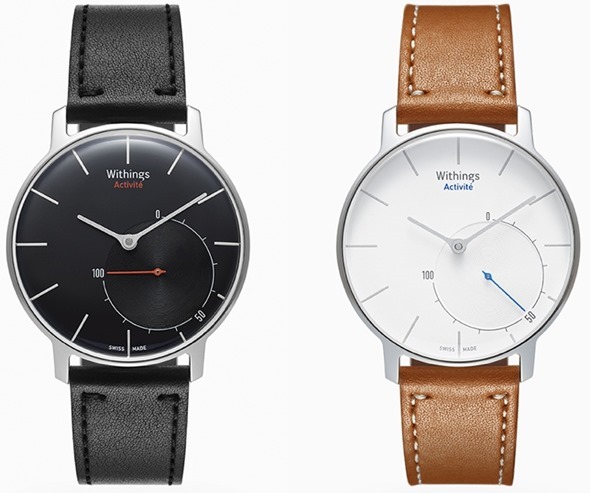 The Withings Activité is undoubtedly lovely to look at, but that high price will cause many to take pause. If you’re on the lookout for a fitness track and a gorgeous watch at the same time, then the Withings is a great choice. If you just want a fitness tracker, then there are already much cheaper options, too. 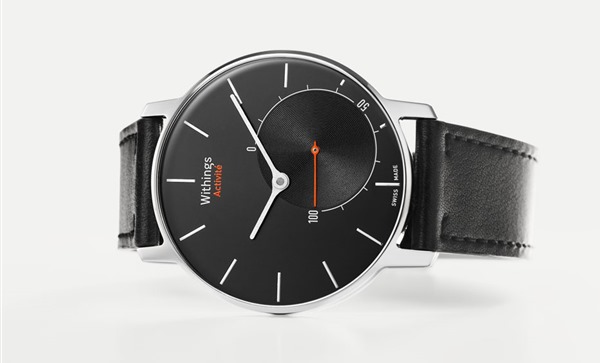 And if you want a smartwatch that can tell you just about anything about your body, then you’re going to want to wait for something else. Even if it never looks quite as good as this.