Motorola has established a reputation for building cheap, feature-rich smartphones of late, and the Moto G, which first hit the scene late last year, is no exception. Having launched in the United States at a cost of $179, the 4G-enabled refresh of the Moto G has just arrived on UK shores, retailing at a cost of just £160.

Owning a smartphone in this day and age can be an expensive gig, particularly if you’re looking for a handset packed to the gills with robust hardware. But Motorola, along with a number of other manufacturers, have been looking to buck this trend by introducing relatively powerful, high-end devices at the kind of price point that would ordinarily only muster a mid-range model. 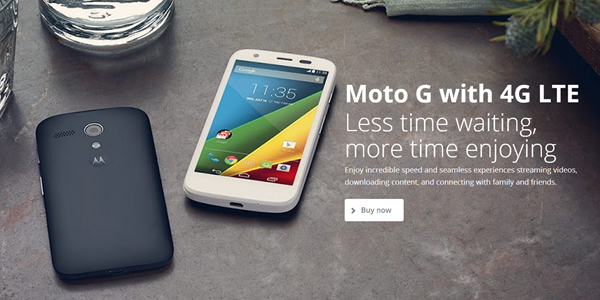 The Moto X, which was a powerful, cheap and highly-customizable smartphone, made quite an impression when it first landed in August of last year, and although the Moto G was intended as a lower-end option to the Moto X, they both share striking similarities.

Now UK customers can see what all the fuss is about, and indeed, assess whether a smartphone can really offer a solid performance given the low price tag. On paper, the Moto G 4G is strong indeed, packing a Qualcomm Snapdragon 400 quad-core processor clocked at 1.2 GHz, substantial 2070 mAh battery, and as well as 4G LTE, you also get Wi-Fi 802.11 b/g/n and Bluetooth 4.0 for all of your connectivity needs.

I guess the only area that the Moto G 4G lets itself down is with the camera. The rear-facing shooter is a 5-megapixel job, and having tried it out for ourselves in the past, it’s quite some distance short of what you’d get from other options currently available. Still, for £160, it’s a great deal, and given the 4.5-inch, 1280 x 720 resolution display – pumping out a very reasonable 329 ppi – the near-untouched Android 4.4.2 KitKat should still look rather nice on the Moto G 4G. 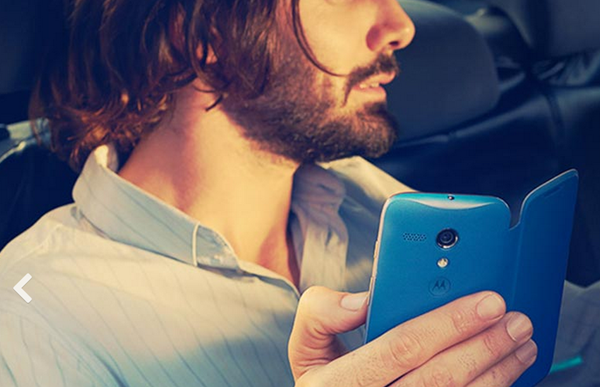 For a 4G-enabled quad-core handset by a well-respected vendor, the Moto G 4G is as good as it gets, and if you’re interested, the device is now on sale through renowned retailer Phones4U.