If you’ve not yet gotten around to downloading and installing the Windows 8 Consumer Preview, the Windows X guys have compiled an update to its Windows 8 Transformation Pack.

As the name suggests, the Transformation Pack essentially morphs any XP, Vista or Windows 7 PC into a Windows 8 lookalike. Updated to 4.0, the latest version adds the Segoe seen in Windows 8 CP to add further authenticity and realism. In addition, the Charms Bar has been introduced for those unable to get the full UI working properly. 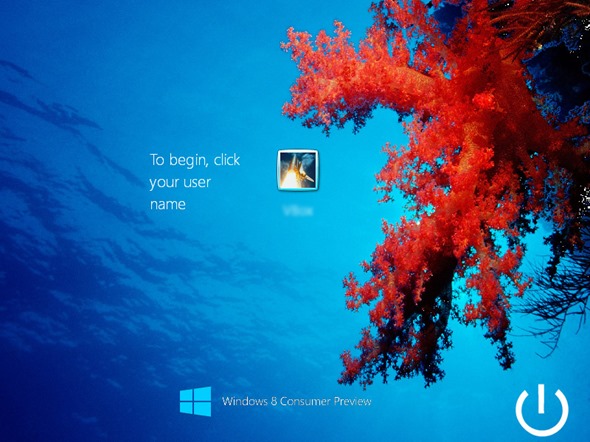 For those still skeptical about downloading and testing out the Consumer Preview, I’d highly recommend – if you have a vested interest in future versions of Windows – that you give it a whirl. I have been using it for over a month now, and certainly think it’s a step in the right direction.

Some have criticized Metro as a more-tablet suited implementation which, whilst somewhat true, doesn’t necessarily mean the tiled interface doesn’t have a role to play at desktop level. As tablets and computers become one in the same, elements are likely to crossover in this way, and I believe the market will quickly become accustomed to the changes. 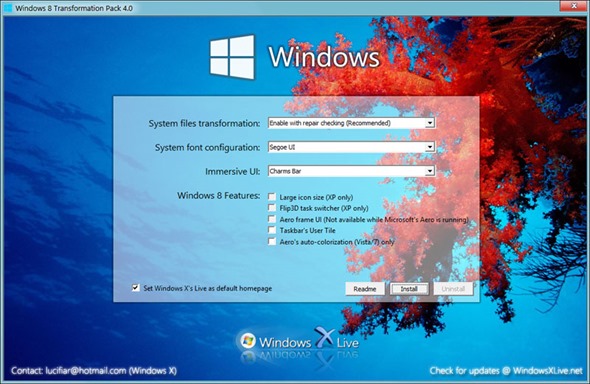 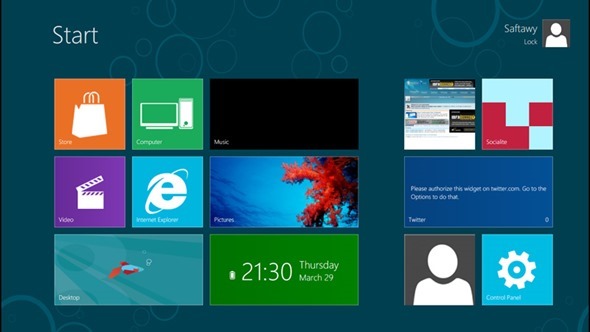 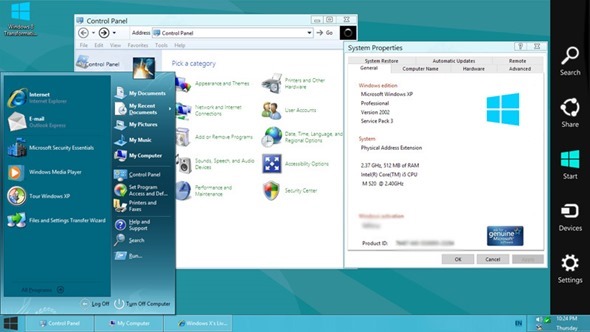 Reports suggest the Release Candidate of Windows 8 will make an appearance this summer – around the time Apple is expected to drop Mountain Lion – another amalgamation of tablet and desktop interface. The Release Candidate should present us with a very strong idea of what the final build will look, feel and handle like when released to the end-user. Of course, these reports are unconfirmed by Microsoft, so we’ll have to wait for an official word to be certain, but with progress having gone rather swimmingly since the Developer Alpha back in September, don’t be too surprised if the Redmond-based software maker updates us with something noteworthy in the near future.