Windows 10 Technical Preview Build 9860 Download Released, Here’s How To Get It

Microsoft first announced Windows 10, the next major release of its iconic desktop and mobile software, some three weeks ago at a special event, and, as promised, swiftly rolled out the so-called Technical Preview. Unlike past alpha, beta, and generally unfinished builds, the Technical Preview was made available to anybody interested in checking it out, although came with the usual dose of warnings about the general bugs and instability that is part and parcel of any piece of software that is still in development. Now, a new build has just hit the download channels, and whether you’re already on board with the Tech. Preview or simply intrigued by what Microsoft has been doing, we’ve got the ins and outs right after the fold.

The Redmond based company really wanted to make a statement with its forthcoming edition of Windows. So much so, in fact, that the natural progression to "Windows 9" didn’t seem to do it justice, and with the Office maker seeing to unify its range of products and platforms into one, mutually intelligible ecosystem, Windows 10 seemed the perfect moniker.

Big statements were made at the launch event, and aside from the general excitement across the blogosphere, it does seem that Microsoft is finally headed in the right direction after the mistakes made with Windows 8 in general.

The new build of Windows 10 is easy enough to get hold of; Simply navigate to PC Settings > Update and recovery > Preview builds. Here, simply click on the Check Now button and you’ll be presented with the latest build. Keep in mind, the download is rather huge, coming in at around 2 – 2.5GB, depending on the version you’re already using. 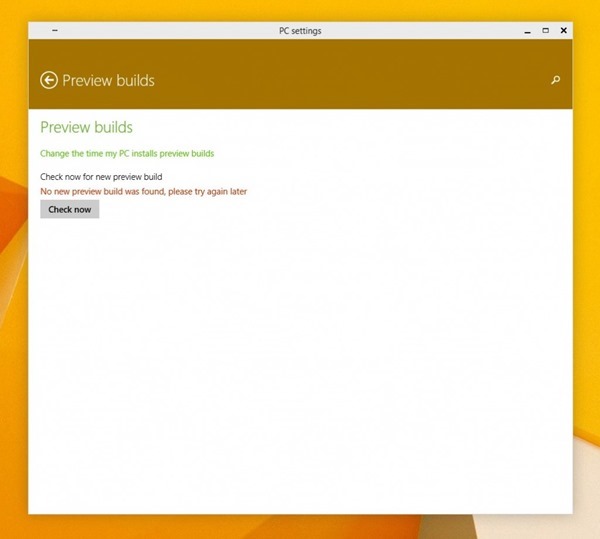 But, I hear you cry, what’s new? Well, first and foremost, the Action Center is now landing on Windows PCs. In the ongoing amalgamation of its many platforms, features seen on Windows Phone are likely to begin trickling through to Windows 10 desktop, and the Action Center is the first of presumably many. As per the official Windows blog, though, the current build is limited in functionality, focusing on basic notifications, although "quick actions and cleaner UI will come later." 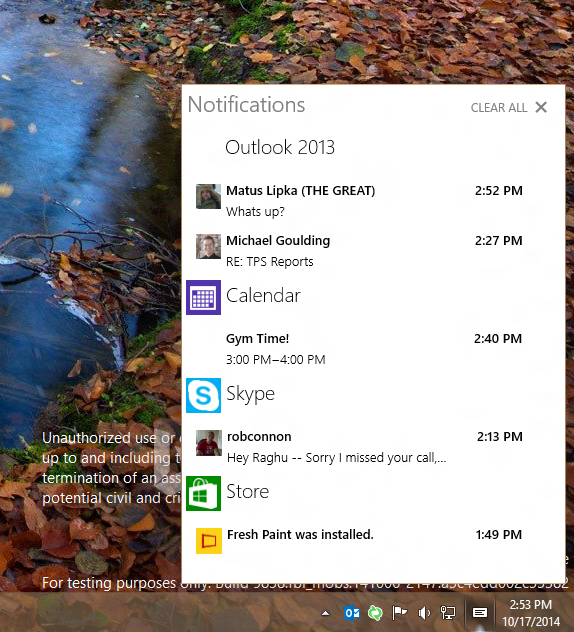 Users will also be able to move apps from one monitor to another when using multiple displays, and when switching desktops, Microsoft has added a subtle animation to the process, making it clear that switching is taking place.

We’re going to be taking a look at the new build right now, as we’re sure many of you will be too, and if you do notice anything interesting, amiss, or simply noteworthy, be sure to shoot us a comment below.