WhatsApp Payments Feature Shown Off On iPhone In Leaked Screenshots

A number of leaked screenshots have appeared online which outline the interface and user-experience of how WhatsApp’s new peer-to-peer payments system will work. We’ve known about the proposed system for more than twelve months but it’s only now that any tangible insight into how the feature addition will work has surfaced.

It’s previously been speculated that Facebook-owned WhatsApp will initially roll the new payments system out to Indian consumers in the first instance. The leaked screenshots seem to corroborate this belief by showing off a list of Indian banks and financial institutions which will support the feature at launch. 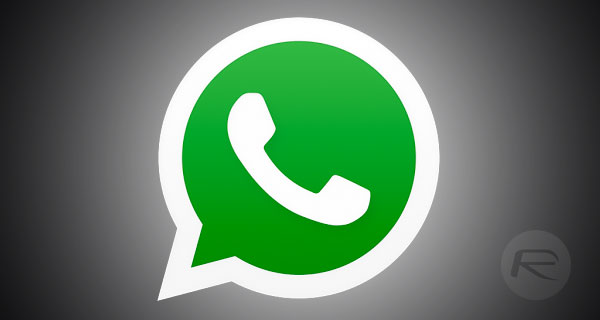 These banks are listed in no particular order under the “Select Your Bank” screen within the app itself. In addition to outlining a number of the supported banks, the screenshots also seem to confirm that the actual transfer of money will be done through the Unified Payments Interface (UPI), which, of course, is handled seamlessly and with full security and peace of mind.

The UPI interface is entirely regulated by the Reserve Bank of India and has been designed to instantly transfer a nominated amount of funds between two specified bank accounts through a mobile platform or interface. Indian consumers who have ever taken the opportunity to use the Swedish Trucaller service will likely be familiar with UPI as this is the payments interface preferred in that system.

If the screenshots are accurate, then it looks as though the setup of a payments is completed in just a couple of steps, involving verifying a telephone number and choosing the required bank to draw the funds from. 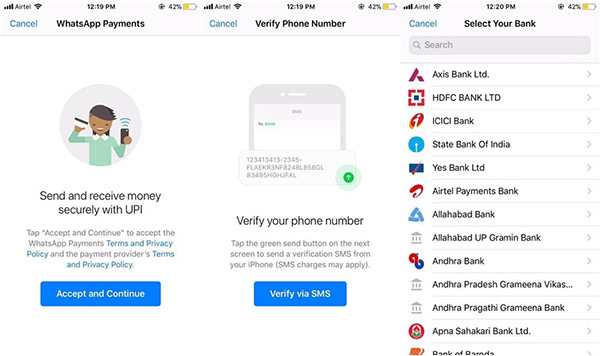 It’s extremely interesting to see how Facebook is playing out its money transfer strategy across its different platforms and within different markets. Facebook Messenger has had the ability to transfer money between individuals in the United States for quite some time but this has never rolled out to other territories.

The Facebook-owned WhatsApp messenger app is heavily used in emerging markets like India as a commerce tool, albeit unofficially, which means it makes perfect sense for the payments system to be integrated into WhatsApp in that area as that’s where the user base appears to be. Apple, of course, has its own service for this called Apple Pay Cash which lets users transfer money via iMessage.

WhatsApp users in India should hopefully expect to see this new payments system rollout in the coming weeks.