WhatsApp is now allowing people to undelete messages that they chose the “Delete for Me” option for in a group chat, allowing them to then do the action again but then choose to delete the message for everyone instead.

The feature, which WhatsApp is calling Accidental Delete, gives people five seconds to undo the Delete for Me action and then re-delete a message for everyone.

This fixes a potential issue which meant that people could accidentally delete a message for themselves but then have no way to also delete it for all other members of a group chat.

The new Accidental Delete feature is available for iPhone and Android users and is rolling out now, although it might not appear in your version of the app immediately.

While this issue might not be one that befalls many people all that often, there is no denying that it’s a potentially embarrassing situation to be in. People could accidentally send a message that they didn’t mean to and then panic, deleting it for only themselves and leaving it available for everyone else to see. 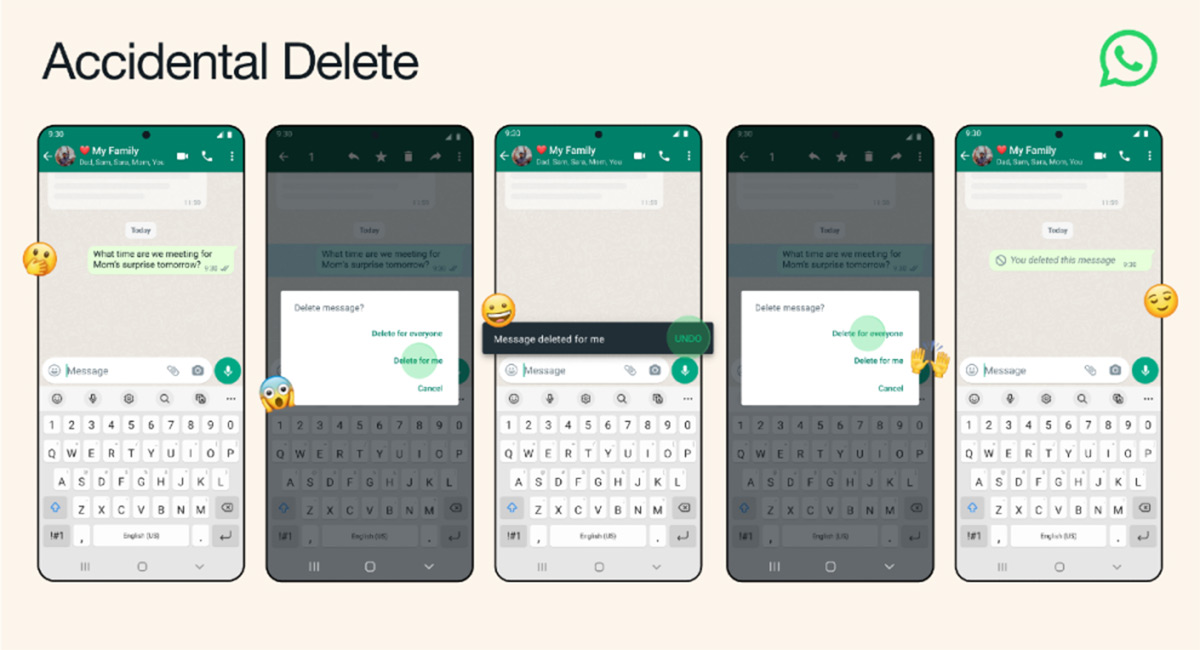 This new feature deals with that well, so long as those who need to undelete the message realize their mistake and act within those five seconds.

Other instant messaging apps allow messages to be undeleted, including iMessage. But it’s the distinction between deleting messages from the sender’s phone, and all phones, that makes WhatsApp different.