WhatsApp is one of the most popular cross-platform messaging apps and today, the company has delivered a solid update for the main platforms. The changes, which span iOS, Android, Windows Phone, BlackBerry OS and Symbian, include a new feature which allows you to record and send a message with just one tap, making the whole service just that little bit more pleasurable. You can catch all of the details after the break!

WhatsApp is fast approaching one third of a billion users, and if you’ve used the app on any platform, you’ll understand as to why this is. Not only is it fully customizable with wallpapers, profile images, status updates and all that jazz, but it’s also a very reliable, swift service that operates without fuss regardless of whether you’re on a cellular or hotspot connection.

In covering a wide range of platforms, you’re unlikely to find a smartphone-owning friend that cannot connect with you via WhatsApp, and that’s why its used by many hundreds of millions of people.

The latest update, allows you to send voice memos with one simple press of the mic icon, meaning you don’t have to go through a tiresome rigmarole in order to send a voice message to a buddy. Voice memos are ideal for those occasions where you cannot be bothered to type don’t have the time to make a call, but want to relay a message as quickly as possible, and with this update, the process is now even quicker.

Voice memos will now also play in-app rather than requiring you to open up a separate media player, and while this isn’t much of a big deal, it does make the app more well-rounded and in-house. 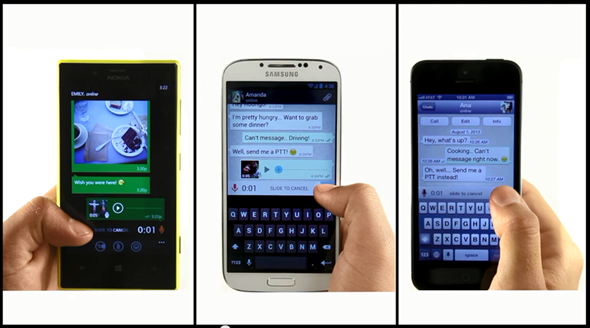 So, go ahead and grab the new app for iOS, Android, Windows Phone, BB10 and Nokia’s now rejected Symbian platforms, and be sure not to spam your friends with too much chit-chat thanks to the new feature. We’re quite certain you still will.