WhatsApp appears to be working on a change that will show the names of people who used to be part of a group chat. While the app currently shows when people leave, it doesn’t give any kind of indication of who left historically.

With the latest beta version of WhatsApp, now available to those who are on the TestFlight program for the app, that appears to have changed.

WABetaInfo notes that those who previously left a chat are now visible to everyone, too, rather than only to those who are the admins of groups chats.

There will be a new option visible at the bottom of the group participants list in a future update that lets people view who was a participant in the group in the past. Thanks to this new option, it will be easier to keep track of who left a WhatsApp group. Unfortunately, it seems that this list will be visible to everyone in the group, not only to group admins but note that since this feature is under development, the way the feature works may change before the release.

There is no indication of when, or even if, this feature will be rolled out to everyone around the world and via the version of WhatsApp that is available in the App Store. 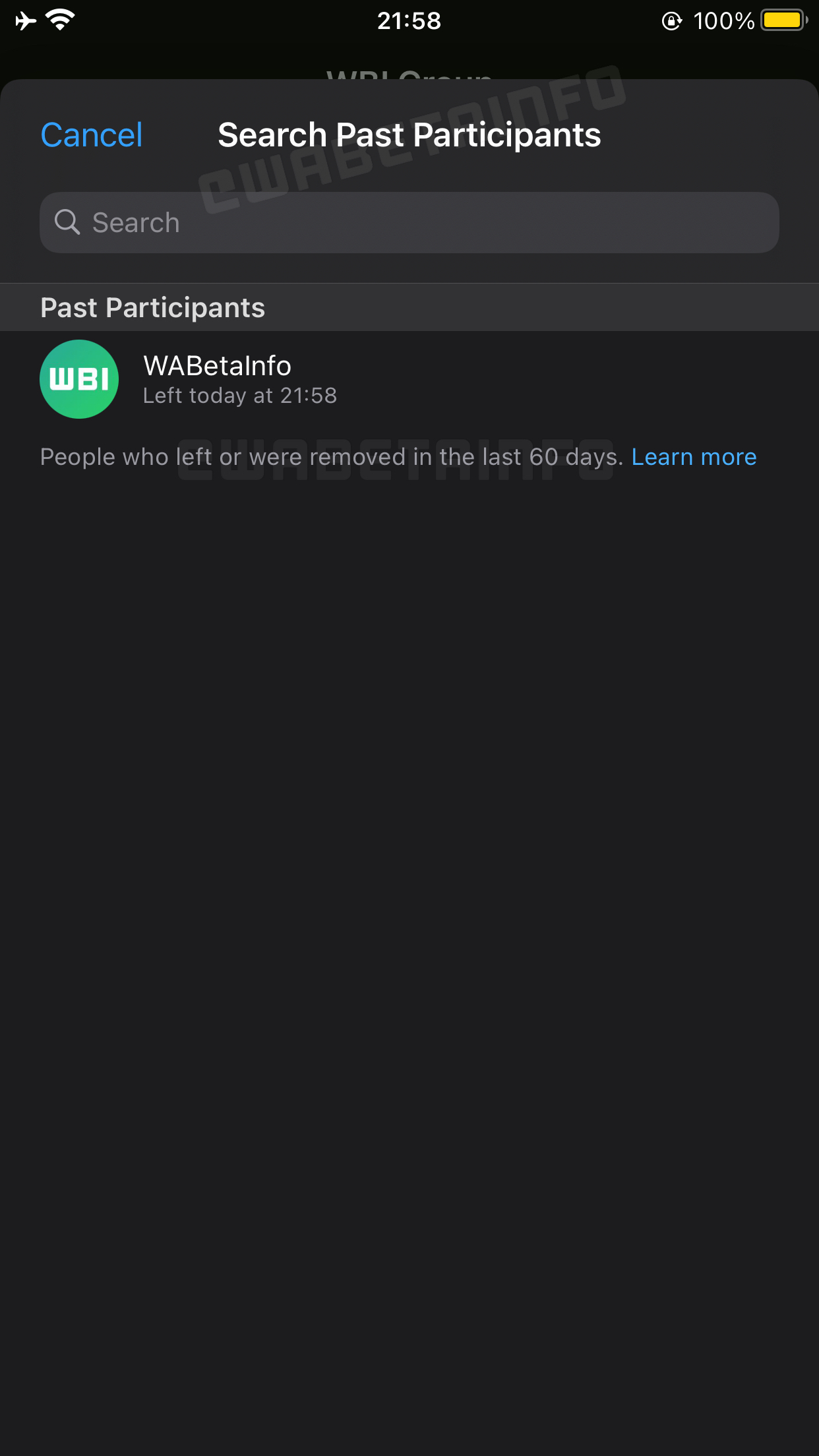 WhatsApp is normally pretty good at turning beta features into shipping ones, however.