Apple Watch may remain a few months away, with speculation suggesting that the wearable mightn’t manifest itself until April at the earliest, but the fascination with the device doesn’t seem to be dying out. Since being announced in September alongside the iPhone 6 and iPhone 6 Plus, horophiles and techies alike have heaped praise on the design as well as the user-interface, and the circular, fluid home screen icon layout looks a master stroke as Apple seeks to offer interactive experiences on the smaller display. Having seen a bunch of tweaks seek to bring this look and feel to the current fleet of iOS devices – such as Aeternum and WatchSpring – a long-serving member of the jailbreak scene has just come through with the most complete tweak yet, and if you’re looking to replicate the Apple Watch UI on your iPhone, look no further.

Aaron Ash, who we first bumped into at the JailbreakCon way back in 2011, has authored a number of fine tweaks over the years, and his appropriately-named Watchboard is perhaps the best representation of what would occur if Apple Watch’s software ever rubbed off on the wider iDevice roster. 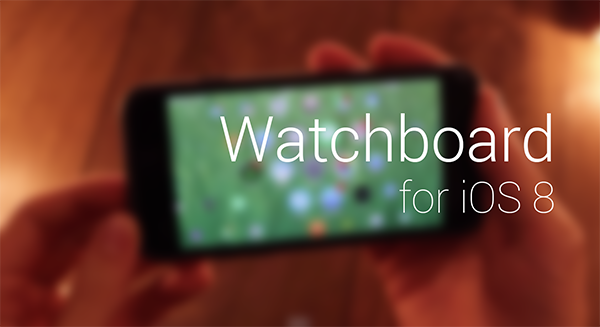 Not only does it morph your home screen into a configuration remnant of Apple’s Next Big Thing, but it’s also quite customizable to boot. Within the Settings app, for example, you can tweak the icon spacing, and you can also rearrange the layout to your heart’s content. When you wish to remove an app, you can delete it simply by long-pressing and throwing its icon away, and what’s particularly striking about Watchboard is just how smooth and native it feels to use. 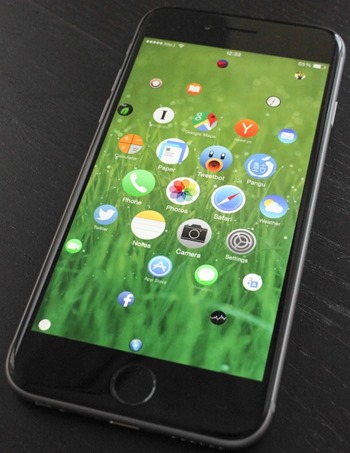 At $3.99, it’s at the higher end of the tweak spectrum, but by the same token, it’s of the kind of caliber that exceeds most others. 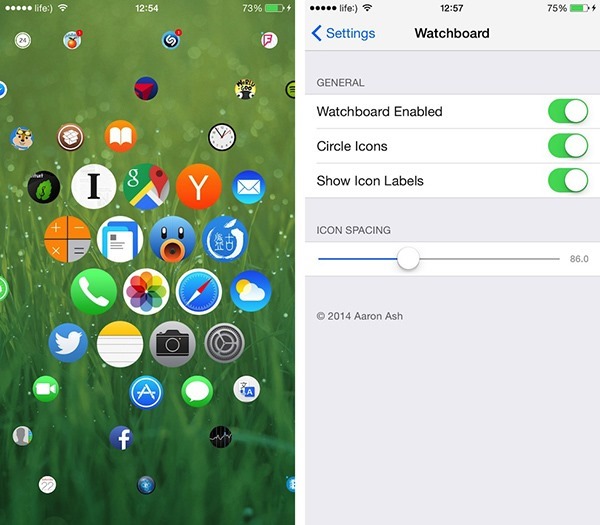 It’s certainly among the best tweaks we’ve seen since Pangu8 burst onto the scene a few weeks ago, and if you want a taster of Apple Watch might eventually offer, be sure to give this one a try.