Apple Watch may have been announced some two months ago alongside the iPhone 6 and iPhone 6 Plus, but it’s going to be a great deal longer before the Cupertino’s new smartwatch line-up is available to the mass market. A lot of preparation is currently being undertaken to ensure that consumers enjoy the very best experiences, and the closest we’ve gotten so far to actually using the elusive gadget is by means of a jailbreak tweak replicating its interface on iOS, but the whole experience was rather shoddy. One developer, having picked up the source code from the earlier endeavors, has come through with a very exciting new jailbreak tweak that not only allows users to launch apps via the circular, animated home screen UI, but also, enjoy the kind of buttery smoothness that we’ll be expecting of the real product when it finally does emerge from the ether. 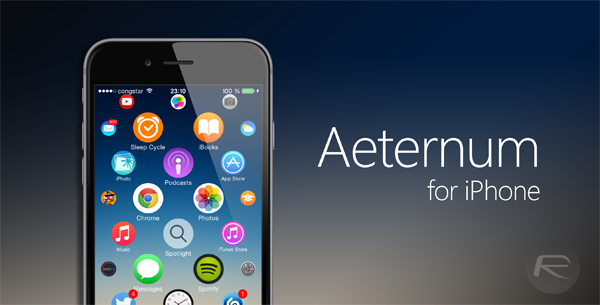 The tweak itself is called Aeternum, and the developer has strived to ensure that everything functions nicely and appears native. Along with the standard home screen icons, those on the dock are also circularized at the discretion of the user, creating that evenness and flow that we’ve already glimpsed through the Apple Watch previews. 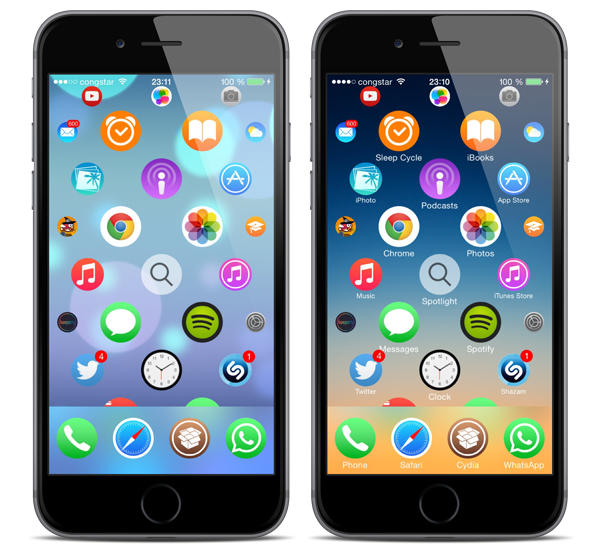 There are a small number of necessary settings, which can be found within your device’s Settings pane, including the option to omit the dock from consideration if you should so wish to leave it as stock. There’s also the chance to theme via the icon mask image toggle, and if you wish to sort your icons by app usage rather than your default layout, there’s an option for that as well. 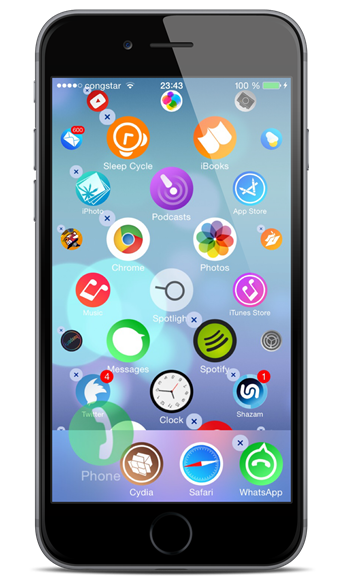 There’s no questioning that this tweak is incredibly cool, but our favorite aspect is the animation that shows when you wish to manually move apps around. Rather than jittering as they would on native iOS, they spin after a long press, and the effect of an entire interface’s worth of apps spinning in different directions is simply mesmerizing. 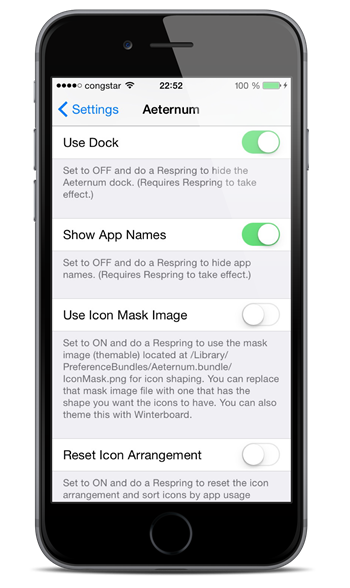 To avail this tweak, simply head over to the BigBoss repo in Cydia. The tweak costs just $2.99, and it’s worth every penny.