The British Broadcasting Service, or BBC, is renowned worldwide for its eloquent, objective news publications, and with this year’s Olympic Games being held in London, it was only right the BBC, often referred to as the Beeb, would deliver its own app designed especially for the games.

The app itself offers a nice, clean interface as you would expect, and although its mainly a way for the BBC to extend reach of its mobile web service, it also includes quite a few handy features, helping you keep up-to-date with the results as they break. 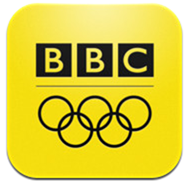 A whole host of world nations will be vying to make history at this year’s Olympics, and as London prepares to the host, viewers will be anxiously anticipating the results of the big events. The Men’s 100m Final is always a moment to savor, and although the heavily-marketed Usain Bolt is the clear favorite, it only takes one bad start or slip for things to change.

The app features some live coverage of the games as well as on-demand, both of which can be accessed via 3G or Wi-Fi. There’s live commentary, schedules, medal counts, highlights, and a designated page for every different sport, country, and athlete taking part.

Its absolutely free of charge, and if you wish to stay in the loop with the performances of the athletes on your iOS or Android device, then check the download links provided below. As well as watching the limits of human speed, strength, endurance and agility pushed to the limits, it’s also a great exhibition in itself, and the opening ceremony will begin on Friday, 27th July 2012.

Note, due to the BBC’s limitations with regards to which coverage can be broadcasted where, much of the content found in the below apps cannot be viewed outside the UK. Thus, the Beeb has also released an international version for worldwide users.