As has been discussed on numerous occasions, photo-based apps are seeing an unprecedented rise in popularity, thanks to the advancements of smartphone and tablet cameras as well as sharing mediums, notably Instagram. Although the influx of new apps means a lot more choice for us, it also unfortunately means developers, looking for a quick buck, are capitalizing on the current trend by releasing sub-par apps which promise much yet deliver precious little.

As such, we here at Redmond Pie get to spend much of our time trawling through the rubble in search of the gems, and although rare in numbers, the best ones can still – even now – bring something new to the table. 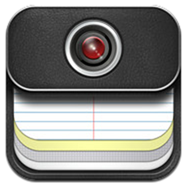 Multiple apps exist allowing one to add a caption to a photo, but Shot MeMo still manages to be very unique in the way it carries itself, and having only initially checked it out for review purposes, it’s already found a home in my coveted favorites folder. 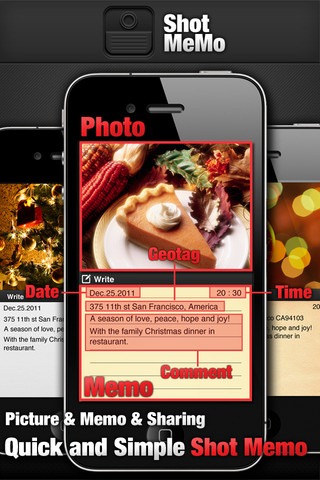 Like any good mobile app, it keeps everything nice and simple. In the quest to outdo one another, many of the current photo apps try to add a multitude of features in order to impress, but in reality, the user simply ends up bamboozled, and before long, is readying that dreaded long-press of the icon before dealing the final coffin nail by hitting the "x" to delete. 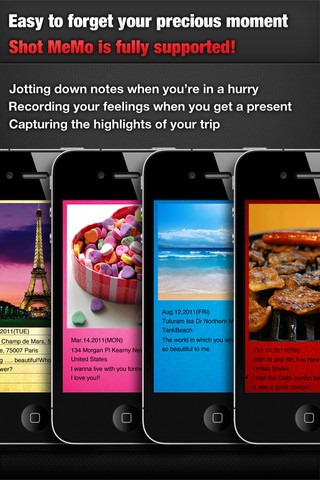 So, what does it do? Well, you take a picture, which, in the current climate, doesn’t have to be more significant than a shot of an ingrown toenail, and once the shot has processed, it will sit on a memo, similar to a post-it. It will then subtly add useful information below the image such as time, date, and location (all or any of which can be removed in the settings menu), and also allow you to add your own caption. There are a plethora of different backgrounds available, and a further 23 if you’re willing to stump up an additional $0.99 for the in-app purchase. 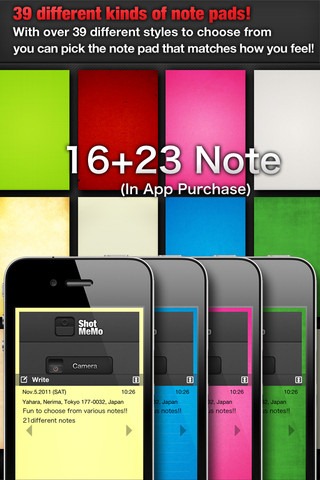 It’s certainly no world-beater, but it can yield some brilliant results, and its versatile array of different fonts and backgrounds mean you can create a formal memo, or something a little more fun.

It costs 99 cents, and you can check it out by clicking the link provided below.