Facebook, although the world’s number one social network, has failed to capitalize fully on the mobile market, and its apps for each of the respective three big mobile operating systems have left a lot to be desired. Mark Zuckerberg’s company is always releasing updates for each platform, and despite usually amending bugs from the previous iterations, always seem to have a multitude of new, prominent performance issues.

With Facebook’s well-documented IPO now done and dusted, Zuck and his team of developers have been working continually to improve the outfit’s mobile prowess. In order to continue momentum and push share prices up, plenty of mobile acquisitions have been made already, including the highly-publicized coup of Instagram, while other purchases are said to be in the pipeline, such as the Opera Browser.

Facebook 1.9.7 for Android has just been released over at the Google Play Store, and aside from the usual array of bug fixes and performance enhancements, it actually includes a reasonable stash of new and useful features. Perhaps most significantly, those wielding an Android device with a front facing camera can now use it to take snaps and upload them straight to the social network. In all cases, the front facing camera is inferior to the higher quality shooter on the back, but for simple photos of faces, they are much easier to take using the lens above the screen. 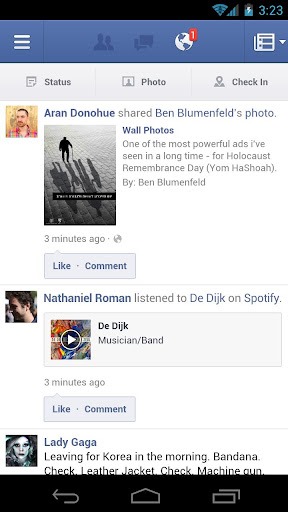 As well as the camera improvements, the messaging features have also been treated to modest improvement. Now, those using Facebook for Android to catch up with friends, relatives and associates will find they can now switch easily through conversations, include friends of friends, share bigger photos than ever before, and also check who is available online. 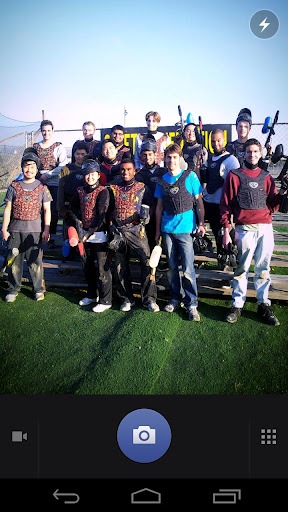 Facebook reckons the app is a lot more fluid in navigation, although we haven’t yet had a chance to test it for ourselves. As well as bug fixes, there are improvements from a security point of view, which will be more than welcome to the many millions of Facebook for Android users.

And before you get downloading, there’s a small catch, the app now only works on Android 2.2 Froyo devices and up. 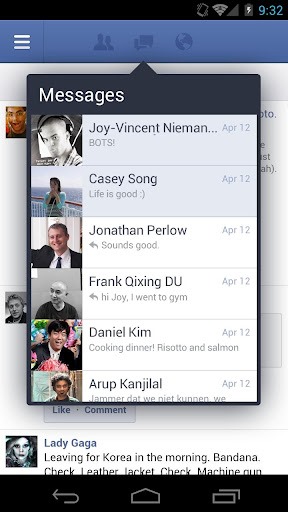