As you’ll probably be aware, this year’s Worldwide Jailbreak Convention (WWJC ’12) will commence in a short while, and unlike Apple’s WWDC keynotes, the celebration and insight into the jailbreaking community will be available to watch as a live stream; details after the jump!

Last year, the very first JailbreakCon was held in London, and I had the pleasure of attending the event which saw some of the most talented developers and security experts demonstrate some of their skills and discuss the jailbreaking scene as a whole. Guest speakers included Aaron Ash – creator of popular tweaks such as Barrel, the Chronic-Dev Team – responsible for many jailbreak tools – notably Greenpois0n, as well as Jay Freeman a.k.a Saurik – mastermind behind Cydia, as well as the popular theming tool WinterBoard.

This year’s event, which is being held in San Francisco, promises to be even better than the last, with various workshops and a multitude of jailbreaking talent including keynotes from pod2g, Ryan Petrich and Saurik, as well as workshops from iH8Sn0w and others.

The stream will show the event in its entirety, and if you’ve ever dabbled in the jailbreak scene yourself, it’s an event you will not want to miss! Redmond Pie is one sponsors of the event, as last year, and we’ll be keeping a close eye on any interesting revelations made by the keynote speakers. Last year, p0sixninja – then of the Chronic Dev Team – revealed a number of exploits he and his troops had discovered in anticipation for iOS 5, which released the following month. This time around, JailbreakCon arrives hot on the heels of iOS 6, and with chpwn having already demonstrated (via Twitter) his own jailbreak progress on an iPhone 5, it will be intriguing to see if any other devs have been saving any announcements for this big event. 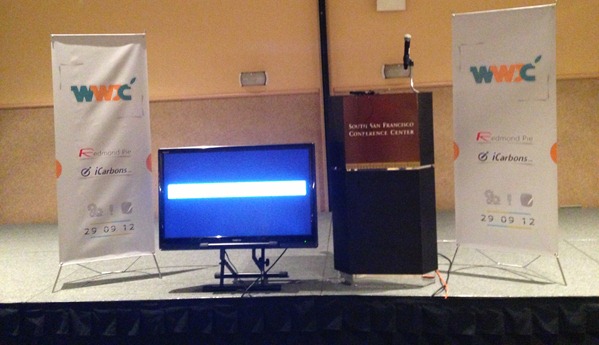 Many of you will have jailbroken your iPhone, iPad, or iPod touch devices in the past without a thought for the hard which goes into providing not only the jailbreak itself, but the numerous tweaks and apps available en masse. Today is your chance to gain a stronger insight, and believe me when I say, it’s going to be a fantastic day!