Google Glass is currently being trialed in a multitude of different fields. From Virgin Airline check-ins at Heathrow Airport to the Dubai Police and New York Police in the ongoing fight against crime, the empowering nature of having a head mounted camera and ready-made apps is really starting to show, and now, surgeons appear to be getting in on the act as well.

Training to be a surgeon is one of those jobs where theory can only get you so far. In order to gather an accurate, real-world insight into various techniques involved in different procedures, students of this profession must witness surgery first-hand, and thanks to Google Glass, one surgeon has successfully streamed live an operation on a cancer patient in the UK. 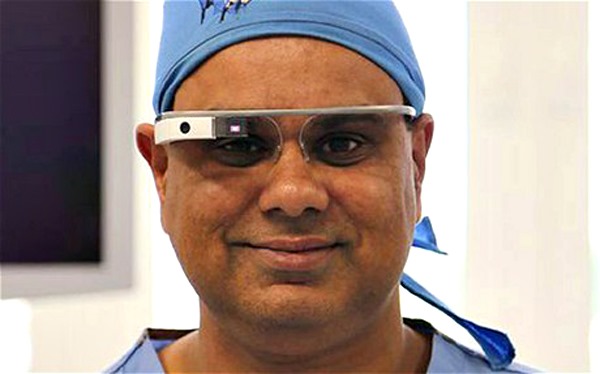 Said to be the first surgeon to have done so via Google Glass, a cancerous tumor was removed from the patient’s liver and bowel, but with 13,000 medical students tuning in live from over 115 countries, it was certainly no ordinary operation.

The legitimacy of Google Glass as a consumer product remains very much up in the air. Apple CEO Tim Cook has been one of many influential folks to outline the benefits of Glass, but also point its shortcomings in an end user capacity, and while this particular story only but underlines this common notion, it’s also great to see the benefits that a technology like Glass can offer to the medical profession.

Not only could students look on as the surgery took place, but the surgeon could also answer questions right there on the spot, offering invaluable insight that not only potentially accelerates learning, but also the efficiency in which these prospective surgeons will eventually perform.

Indeed, a staggering 90 per cent of the students watching noted that they would like this kind of vicarious insight to be embedded into their curriculum, and although Glass is still in beta and thus, such a move might be quite some way off at the moment, in years to come, it could be seen as the norm for surgeons to be sporting Google’s digital headgear.

The video itself is quite inspiring, although given how the 78-year-old patient is having his innards dissected, you may want to avoid this if you’re squeamish or don’t deal too well with the sight of blood or insides.