Although the blogosphere is abuzz with iPhone 6-related reports, Samsung will argue that its upcoming Galaxy Note 4 is the smartphone to grab this fall, and with the Korean outfit having already confirmed the September 3rd Unpacked event in Berlin, we’re now playing the waiting game. Given what we’ve heard so far, we’re not expecting too many surprises, and one feature that will remain without a shadow of doubt is the S Pen. The company’s stylus is one of the discernible differences between the Galaxy Note range and the Galaxy S line-up, and in a new ad focused mainly on consumers with children, Sammy reminds us how important handwriting remains in this Digital Age.

The new clip is only one-minute long, and unfortunately, doesn’t give us a proper look at the device, but with that September 3rd announcement now just quickly approaching, we’ll be able to mull over it properly in just over one weeks’ time. 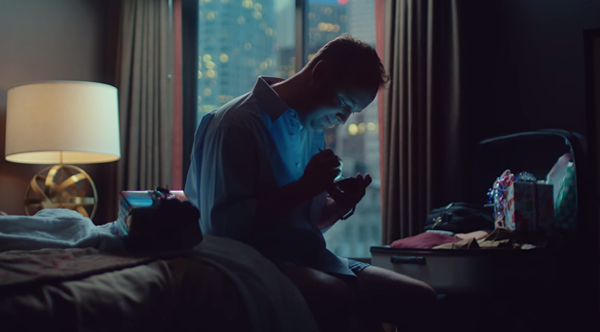 As for the device’s specs, there are no guarantees until Samsung comes through with the official unveiling, but we do know for certain that it will be a beast. The display, while not set to increase in size, will be considerably sharper than the 1080p panel of the Note 3, instead offering a 2K resolution this time around. Although we’ll be reserving judgment until we’ve had a chance to look at it close up, it seems more than likely that the Note 4’s display will dazzle, particularly given how the Galaxy S5’s screen is seen as one of the best in the business, but aside from the high-res display, there’s plenty more to get excited about.

Rumors have suggested that there’ll be a premium metallic version with a flexible display, and given the announcement of the Galaxy Alpha earlier on this month, we now know that Samsung is not completely adverse to using the strong stuff when building its smartphones. This higher-end model may also pack a Retina scanner and UV sensor, which, while seemingly a tad gimmicky, will help the Tizen OS maker to shift more units, and although it’s perhaps a little too early to make such a call, the Galaxy Note 4 will likely be the very best Android smartphone released we’ve seen.