Watch: How The PlayStation 4 Was Created [VIDEO]

Did you wake up this morning and wish that you could welcome the weekend by getting an extremely interesting insight into the history of Sony’s PlayStation? In all honesty it’s probably not something that is permanently at the forefront of everyone’s mind, but nonetheless is a topic that is not only extremely interesting, but also very relevant considering the PlayStation 4 is currently dominating the console gaming world.

If the history of console gaming is of interest to you, then the official ComputerHistory YouTube channel has uploaded a video that features two extremely well-placed individuals within Sony who have helped to craft and develop PlayStation into what it is today. 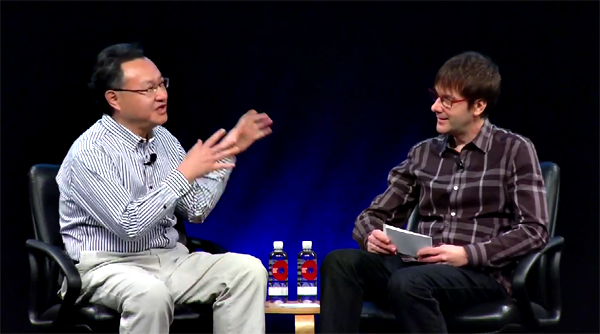 The video has been uploaded under the Game Changers heading and features some extremely interesting and insightful conversations with Mark Cerny and Shuhei Yoshida. Yoshida is currently operating as the President of Worldwide Studios of Sony Computer Entertainment Inc. and as such has been an integral part of the design and development teams that have progressed the PlayStation from its original form into the fourth-generation powerhouse that we have today. Yoshida also played the role of the mysterious shadowy figure in the official PlayStation 4 unboxing video that went viral prior to the product launch.

Mark Cerny is a name that will be familiar to any individual who has a passion for video gaming. He has been a prominent figurehead in the gaming industry since the 1980’s, working on titles like Sonic The Hedgehog 2 for the SEGA Genesis and Killzone 3 for the PlayStation 3. More recently, Cerny has been responsible for directing the PlayStation 4 title Knack alongside his role of lead architect for the PlayStation 4 and PS Vita projects. It’s fair to say that both men have proven pedigree when it comes to the world of gaming.

The 83 minute long video definitely provides enough content and discussion topics to cater for viewers of all interests. Yoshida and Cerny take the opportunity to go into great detail about the PS Move Controller and how its creation meant that design team collaboration within the company had to be taken to another level. There’s a section of the video dedicated to Ken Kutaragi – Sony’s former Chief Executive Officer – with both employees giving their own personal opinion of what it was like to work under the “Father of the PlayStation”.