VUDU App For Apple TV Gets A Release Date

Walmart’s video streaming service VUDU will be coming to the Apple TV following the release of an app on Tuesday, August 22nd according to a new report.

As of right now anyone wanting to get content from VUDU onto a TV screen has to resort to using AirPlay from an iOS device which while better than nothing does have its own problems. Once the dedicated Apple TV app launches, none of that will be necessary. 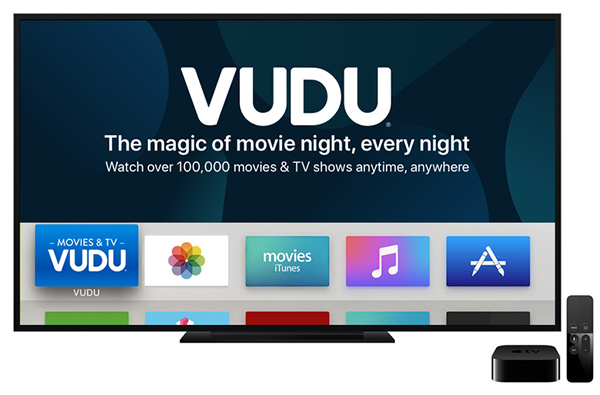 VUDU app was initially confirmed to be on its way to the fourth generation Apple TV via an app way back in March, so it is fair to say that the service has been working on the app for some time now. Whether that will translate into the app being one of the better streaming solutions on Apple’s set-top box remains to be seen, but it is clear that this is not an app that has been rushed out by any stretch of the imagination.

Vudu supports the entertainment industry’s UltraViolet standard, and the service lets customers share movies and TV shows they’ve purchased with up to five people for free. In addition, Vudu users can stream or download any UltraViolet titles regardless of where they were purchased (as long as Vudu has a licensing deal for the content).

VUDU allows customers to rent or purchase a number of movies and television shows, including new releases. The service also offers things like a disc to digital conversion, digital copies of Blu-rays and DVDs purchased within stores, and free ad-supported movies. Users of the VUDU service can already watch their content on a number of competing platforms including Roku, Chromecast, gaming consoles etc. 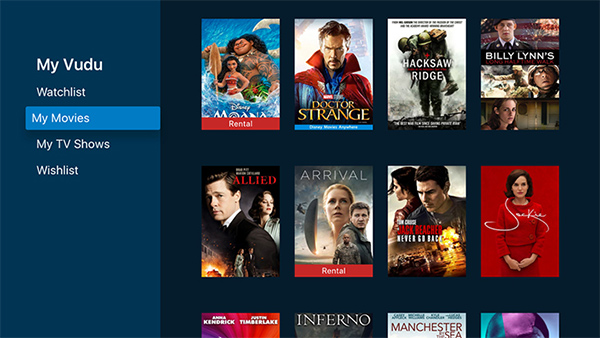 It makes plenty of sense for VUDU to come to Apple TV in the form of a full fledged app, and that app is now just a few days away from release onto the App Store according to the report.