Apple’s recent release of the fourth iOS 8.2 beta is the latest in a long line of betas that have been given plenty of attention by those carrying iOS 8.x devices that simply refuse to behave themselves. With expectations high for fixes across the board as well as the ever important performance boost, all eyes are on beta 4.

Testing whether Apple has corrected bugs that are often the result of edge cases isn’t an easy proposition, but testing speed increases is always a much easier feat – and it makes for a better YouTube experience to boot. That’s why people like to record how new betas perform when compared to existing, shipping versions of iOS. That goes doubly for older hardware, where performance hits are usually the most obvious. 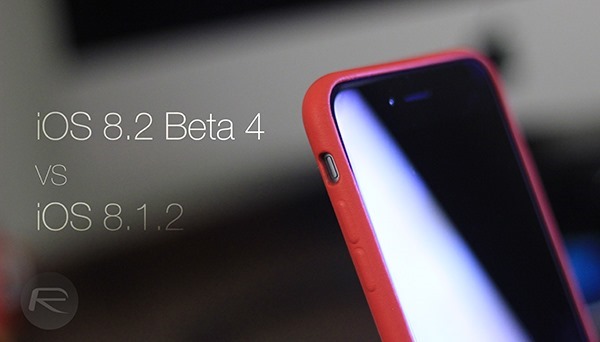 With the release of iOS 8.2 beta 4, YouTube channel Kabriolett has not only compared the firmware on older iPhone 4s hardware, but also on the newest-old hardware around, the iPhone 5s.

Those carrying the oldest iPhone to be supported by iOS 8, the iPhone 4s, will be displeased to learn that the new beta release not only offers up no speed improvement over the already treacle-like iOS 8.1.2, but also manages to make performance even worse. Animations take longer to perform, apps take longer to load and the general amount of time spent waiting for things to happen has increased. Disappointing, but we’ll let Apple off if it has managed to fix other issues within the operating system.

As for the iPhone 5s – a much faster phone than the iPhone 4s – performance-wise iOS 8.2 beta 4 is very similar to the current shipping version. Some aspects appear faster, some slower. Most are the same. Even though it has been superseded by the iPhone 6 and iPhone 6 Plus, the iPhone 5s is still a capable performer.

The release of the next version of iOS 8 shouldn’t be too far away right now, and with iOS 8.1.3 already starting to pop up in Web analytics, Apple isn’t standing still.

Thanks, Klaus for sending this in!