The newly released iPod touch 6G is quite the little machine, and while it may not stop people from buying iPhones, it’s the first iPod touch in a while that can even begin to compete with Apple’s flagship smartphone as far as performance is concerned.

Apple’s decision to finally refresh the iPod touch has been met with cries of joy across the internet, and while many still don’t quite know who is buying them, there’s little doubt that for those that do look to pick up a new iPod touch every now and then, the newly updated models are pretty hot. 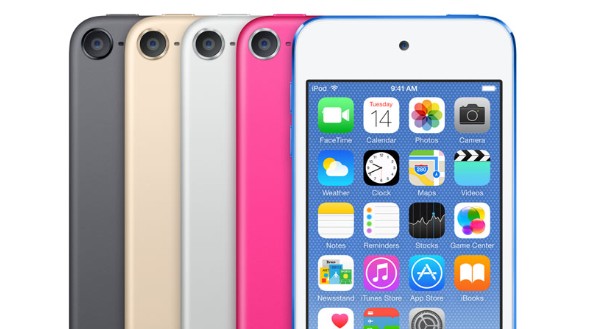 Available to buy now, the so-called sixth generation iPod touch 6G is now starting to crop up in YouTube videos, with many comparing the old with the new, and while we’ve already told you about all of the key differences between the previous iPod touch 5G and this new, updated one, some of these video show the real difference in computing power in action.

We’ve come across two such videos that really show the new iPod touch off, and with a combined eight minutes of footage we suggest checking both out. With its new 1.1GHz A8 64-bit CPU, the new iPod touch shows its older sibling a clean pair of heels in graphical and gaming tests, and you’ll want to be sure to check the videos out to see that displayed to full effect.

The new iPod touch is available to buy now, and is the first refresh to the lineup in three years. Bringing the processing prowess of the cheapest iOS device almost up to par with the iPhone 6, the update is a big one and perhaps gives us a sneak peak at what the rumored iPhone 6c will be capable of if it does indeed arrive in the next couple of months.

Check the videos out and see what you think for yourself – we’re sure you’ll agree that this is the best iPod touch ever.