Yes, dear readers. The Verizon Wireless iPhone has been confirmed yet again. This time from the folks at Fortune. And it’s coming, once again, in “early 2011”.

When Verizon Wireless, the nation’s largest mobile-phone operator, recently agreed to sell Apple’s iPad tablet bundled with a MiFi card that works on Verizon’s network, tech analysts and media were abuzz with speculation that the real news — the announcement of the much-anticipated Verizon iPhone — was in the offing. "Apple and Verizon Wireless finally are getting it on. But are there bigger plans in the works?" tech site Appolicious asked after the companies announced their iPad pact. (The answer: yes. Fortune has confirmed that a Verizon iPhone will be released in early 2011.)

The post states that in 2005, Verizon declined to carry the original iPhone because Apple wanted to exercise a great amount of control over the entire proceedings.

Verizon’s CEO then discussed this issue again in 2007, prior to the iPhone’s first unveiling, but then Apple declined because they were too “wary of building a device for Verizon’s CDMA network because it didn’t use technology that allowed a phone to seamlessly operate around the world, as AT&T’s GSM-based network does.” 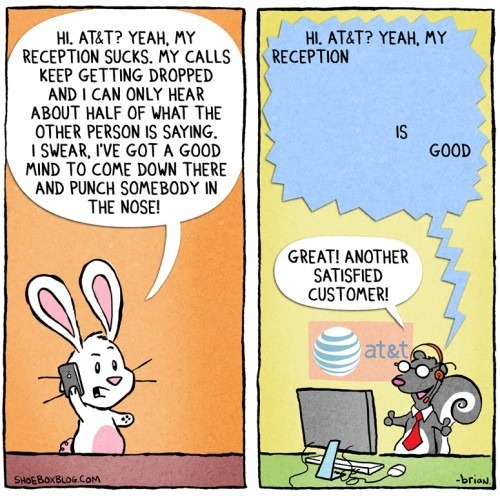 We are honestly getting tired of these independent claims of a Verizon iPhone. Time after time, we’ve seen such claims from Bloomberg, TechCrunch, New York Times and Wall Street Journal and they are yet to be confirmed officially from Apple.