The development team behind the relatively new Unc0ver jailbreak have pushed out a brand new version. This release follows almost immediately after the jailbreak lost its “beta” tag and means that the latest IPA being offered sits at version 1.0.1.

The version number of this release may suggest that it’s a relatively minor update that could be adopted by users or left well alone given that it seems like a small update, but, the reality is actually quite different.

The release of unc0ver V1.0.1 introduces quite a critical fix for a rootfs remount issue that had been badly implemented in earlier versions of the jailbreak. In short, some users were finding themselves in a position where they had to restore via iTunes and would lose their jailbreakable firmware altogether, making it extremely important to put a fix in place:

The Unc0ver jailbreak has just been updated to V1.0.1 to fix the horrible results on some iOS 11.0-11.1.2 devices and had a few other issues. Update NOW.

That initial tweet was then followed up by a couple of other social posts which confirmed that the RootFS Restore part of the jailbreak had been entirely disabled on iOS 11.0 to iOS 11.1.2 as well as iOS 11.2 to iOS 11.2.6. As it currently stands, we don’t know when this RootFS Restore functionality will be put back into the Unc0ver jailbreak as an option to those using the tool, however, it’s definitely better to be safe than sorry. Especially when it’s the integrity of the public’s devices that you have in your hand. Pwn2wnd is advising that jailbreakers grab the latest unc0ver V1.0.1 release as soon as is humanly possible from the GitHub repository. 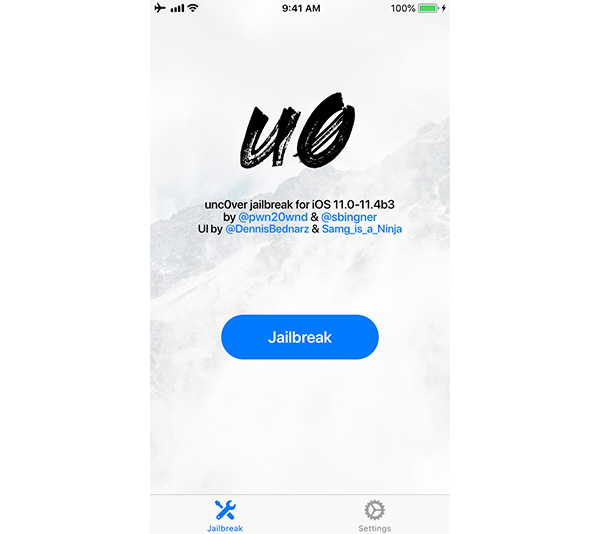 If you take that minor roadblock away, then many jailbreak enthusiasts still feel that unc0ver is the more preferable jailbreak option currently on the market for iOS 11.x.x devices.

The tool is in direct competition with Electra – which is a jailbreak that the unc0ver developer worked on prior to this release – but differs in the fact that it comes with a Jay Freeman-approved version of Cydia and Cydia Substrate rather than an unofficial modified version that ships with Electra. This may not be of the utmost importance to a lot of people but the jailbreak purists will be more inclined to use something that offers an official version of Cydia.

To get started with the jailbreak, check out our guide on how to use unc0ver here: How To Jailbreak iOS 11.1 – iOS 11.4 Beta 3 Using Unc0ver [Tutorial].