Uber has just launched its first ever boat-for-hire service in Istanbul, Turkey, called UberBOAT. The new service is aimed at taking people across the Bosphorus strait connecting the two halves of the city.

Uber has typically been the go-to car hire service in many countries, and it was just a year ago that the company launched its cab service in Istanbul. In fact the new service is part of the company’s celebration of its 1 year anniversary in the city. Uber explains that the UberBOAT service will be automatically offered to users once they’re at the waterfront or nearby, and will be able to hail a speedboat that can carry as many as eight passengers. Once a pick up request is sent, the boat’s captain will call the user up to confirm the ride, reaching just shortly after that. 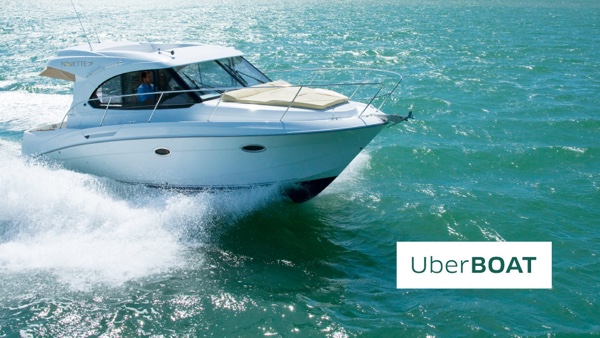 Uber has entered into a partnership with a Turkish company, Navette, which operates these speedboats, ferrying passengers across the Bosphorus. Fares will be “based on distance (sea mile) and time and will be automatically charged on your credit card at the end of a trip,” but a rough estimate puts the ride’s cost starting at $20 and going up till $150, depending on the destination of course. UberBOAT will also be supporting the Fare-Splitting feature in the Uber app so you and your friends can split cost of the fare. 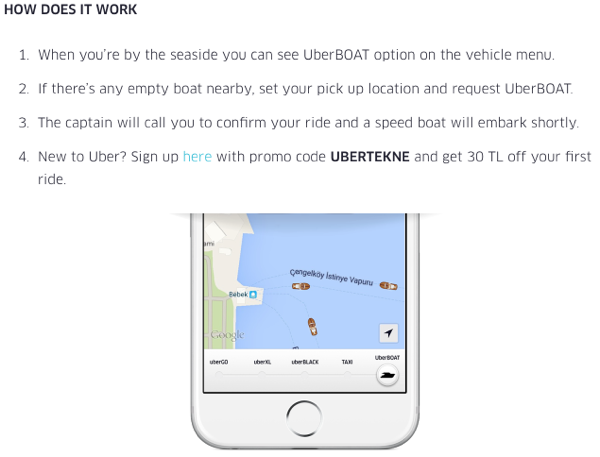 Interestingly, the service faces some significant competition in connecting the two halves of Istanbul, which includes the 81 cents public ferry, as well as the mass transit underground metro, and two highways bridges. These means of transportation have been estimated to shuttle almost a million people across the strait every day. 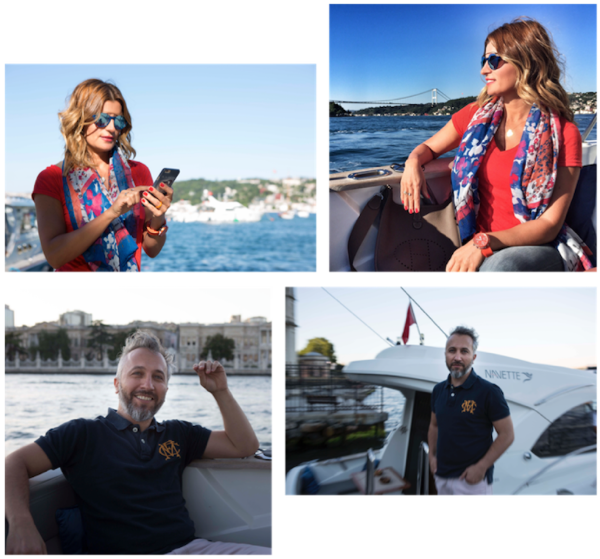 UberBOAT is not the company’s first venture into the boat business, though it does appear to be the first permanent one. Uber had begun offering ferry services around Boston last year in partnership with a local firm, but the service was ended with the change of the season. Similarly, UberJET was also a temporary gig which was offering a private jet followed by a car ride to the last Cannes Film Festival in May. 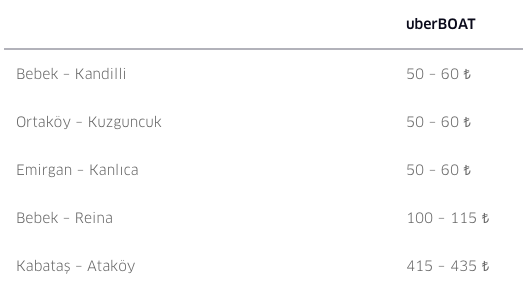