It might not be the first accessory you’d think of when kitting out your new iPad, but Bodelin Technologies’ new microscope is changing all that whilst making science cool again along the way.

Aimed at science students, dermatologists and anyone else likely to use a microscope every once in a while, the new microscope supports both the iPhone, iPod touch and iPad which might explain why it left Bodelin struggling to keep up with demand. In fact, according to the company’s general manager, Clay Barker, it’s already the best hit they’ve ever had come straight out of the gate.

The hardware itself is quipped with 12 LEDs that illuminate the object being magnified as well as 80 power magnification. That makes it perfect for companies that need to check things out on a larger scale like crime scene investigators and those working in quality control at, say, technology makers. 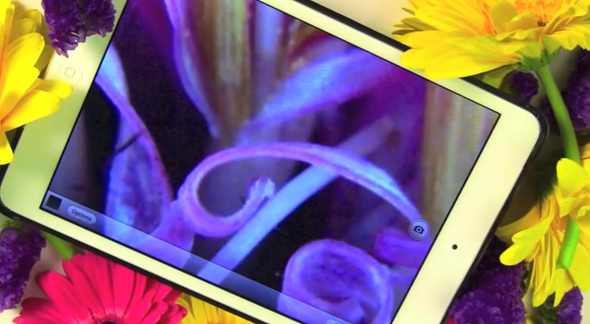 Operation is as you might expect. Connect the device, called the ProScope Micro Mobile to the iOS device of your choice and viola, the camera app sees what the microscope sees. That has the added benefit of making it possible to not only take still shots of the subject, but also to record video of it, too. 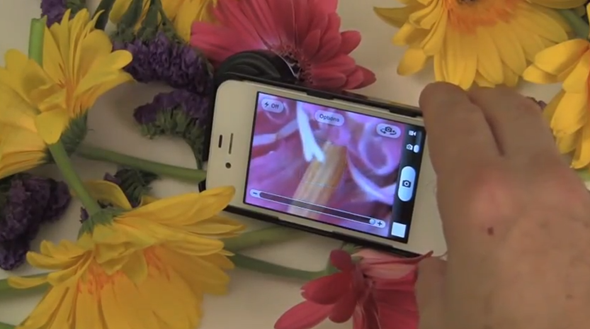 The company hopes to sell the ProScope Micro Mobile to educational institutes alongside the already popular iPad, making arguably the coolest microscope on the planet in the process. We know it would have certainly have made us pay more attention during science lessons! Bodelin is also hoping to persuade all manner of other companies to take up its microscope, which judging by the its current throughput may not be too difficult. According to Barker, Bodelin is already struggling to keep up with demand, which is a good sign, if you’re asking us. 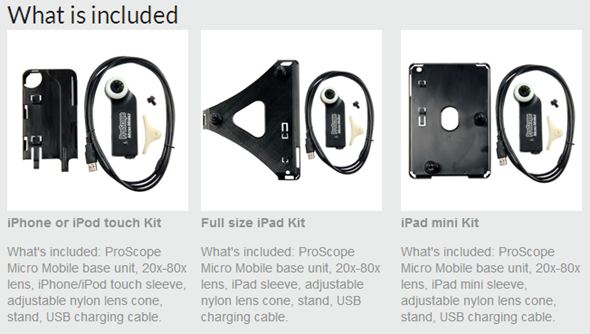 For those looking at picking one of these bad boys up, you can order one now for an MSRP of $149 from Bodelin.com. Then you just need something to magnify!

To get an even more fair idea of what it does, check out the video below:

The Bodelin ProScope Micro Mobile is compatible with a wide range of iOS devices. That list of devices include the iPhone 5, 4S and 4, the full size 9.7 inch iPad and its little sibling, the iPad mini.