Top Gun has withstood the test of time, and despite having released in the 1980’s, is still revered is a classic movie. It took a relatively little-known actor in Tom Cruise and helped make him the household name he is today, entertaining millions along the way. Now, Top Gun is set for a dramatic return to the Big Screen for six days only, but this is no ordinary re-run, since the classic theatrical will burst from obscurity in three wondrous dimensions.

Chances are, if you watched Top Gun at some point in the last 25 or so years since its release, there’s high chance you enjoyed it; so what better way than to relive the movie than heading on down to your local cinema to catch it in 3D? Many of you – I would imagine – still have a dusty VHS version collecting dust somewhere, but in this day and age, we’re much more accustomed to all three dimensions when enjoying our favorite flicks. 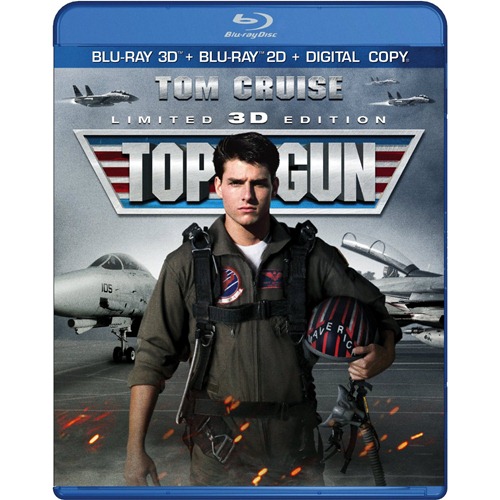 If you don’t fancy venturing out of the house, you could always purchase Top Gun on 3D Blu-ray, as of February 19th, and even better, it’s available to pre-order right now. After all these years (the original Top Gun was released all the way back in 1986, after all), you get a little bang for your buck, and as well as the 3D version of the movie, you’ll get a standard version, as well as a slew of extras like commentary, a "making of" documentary divided into six parts, as well as some music videos, presumably of that classic soundtrack.

The six-day re-release will be another IMAX 3D special, and given just how many fans this movie has managed to yield over the past couple of decades, I doubt there will be as much as a spare seat in the house.

To be honest, if you’re a big fan, I’d say go for the IMAX 3D. As magical and detailed as 3DTV has become over the past couple of years, it’s difficult to emulate that cinematic environment at home – particularly for an action-packed epic such as Top Gun.

Whatever your decision may be, this is certainly a re-release you’ll want to catch.