In my opinion, iOS developers who exist within the jailbreak community should be placed high up on a pedestal and praised for their efforts in making Apple’s mobile operating system a nicer and more functional piece of software to use. Don’t get me wrong, a stock installation of iOS is still an iconic piece of work, but with the help of a few carefully chosen tweaks and packages, it becomes almost perfect. 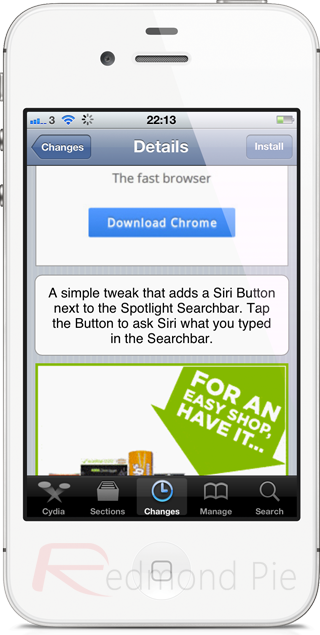 One section of iOS that spurs confusion in between a lot of users is the Spotlight search screen which Apple introduced into the operating system when they introduced iOS 3.0, and dropped the “iPhone OS” moniker. Ported across from Mac OS X, Spotlight search exists to allow users the ability to search the contents of their device quickly and efficiently. However, to a lot of people it is just dead space and some choose to either totally ignore it or go about enhancing it through Cydia packages.

The SpotSiri tweak from rud0lf77 is a small but worthwhile attempt at making Spotlight a little more functional by integrating a Siri button adjacent to the default search bar. After installation, SpotSiri manifests itself to the right hand side of the standard search bar on the far left home screen on the iOS device. The rendered Siri button is actually very elegant and fits in nicely with the look and feel of the very minimal Spotlight screen. 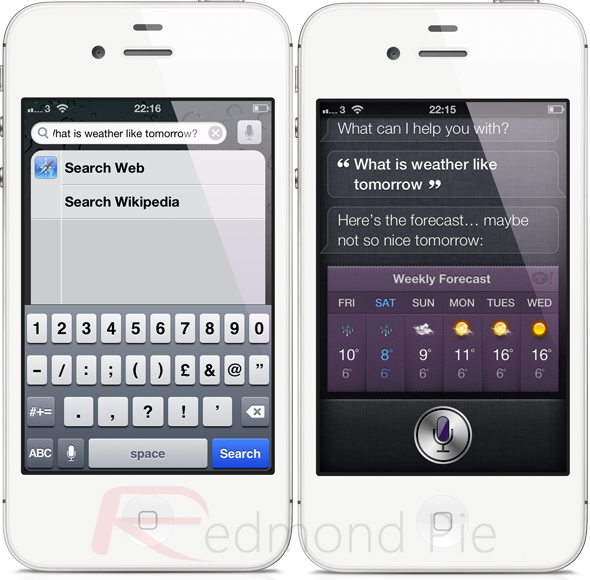 Typing in a question, query or command and then pressing the new Siri button will invoke the intelligent digital assistant, allowing Siri to function exactly in the same manner if you had given it an audible command. If Siri is capable of processing the request then it will be carried out in the normal fashion. After installation, the SpotSiri tweak doesn’t add any additional home screen icons but does have a simple options panel within the native iOS Settings app that allow users to toggle the tweak on or off.

SpotSiri is available as a free of charge download from the ModMyi repository and requires a jailbroken iOS device with Siri capabilities and iOS 5 or above installed.