Although iOS is a stunning and powerful mobile operating system, but there are undoubtedly parts of said OS that leave users scratching their heads as to why Apple felt the need to make it that way. In some circumstances, a lot of standard users who may have an iPhone purely as a communications tool will be able to look past these limitations, but for the so-called power users who make use of every aspect of the OS, it can seem a little restrictive. 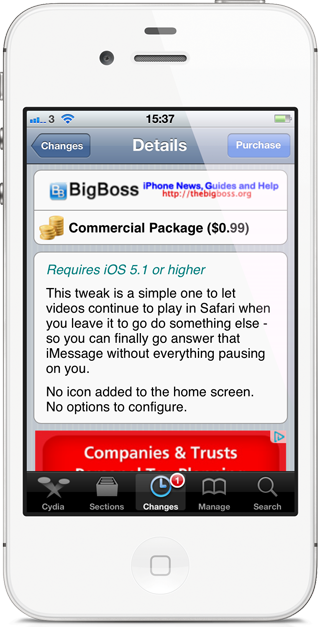 One of the latest tweaks to land in Cydia is the Web Background Video Playback package, and if you can get past the rather tongue-twisting name, then it actually performs a little modification to Apple’s mobile operating system which the majority of people would feel should exist in a stock installation. The package, released by popular developer Steven Troughton-Smith, basically allows playback of all videos through the Mobile Safari browser to continue even when Safari is sent to the background for whatever reason.

I am pretty sure that at one time or another, most iOS users have come across this ‘problem’. Some people may not actually think of it as a problem, an opinion that is obviously mirrored officially by Apple as they have built the OS to stop video playback if Safari dwells into the multitasking tray. Having a large number of apps installed on a device will surely bring a number of notifications on any given day. Previously, if a video was being watched through the device’s browser then leaving to view a notification or reading a text message would have killed the playback instantly as it would no longer be the dominant on-screen app. With Web Background Video Playback installed, the video would continue to play in the background without issue. 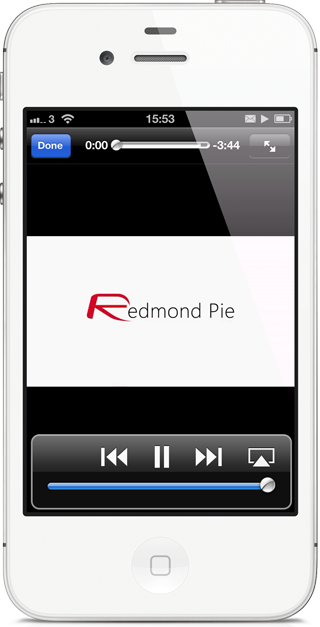 This package would be of particular benefit and interest to those who use their jailbroken device regularly to watch YouTube videos through the mobile interface or who visit popular streaming sites to watch movies or TV shows directly on their device. Web Background Video Playback is available to download from the BigBoss repository for $0.99 and requires a jailbroken device running iOS 5.1 or higher.