As well as being one of the greatest innovators of all time, the late, great Steve Jobs was also a tremendous character. Whether at a keynote speech, in an interview, or addressing students at Stanford, Jobs was interesting to listen to, and his enthusiasm and unique oratory quirks are sorely missed by tech fans across the globe.

AllThingsD had many interviews with Jobs over the years, and has just released audio clips of several conversations with the then-Apple CEO between 2003 and 2010. There’s also a short interview featuring one of Jobs’ arch rivals – Bill Gates – as well as a “best of” compilation video which skims through some of his greatest moments. 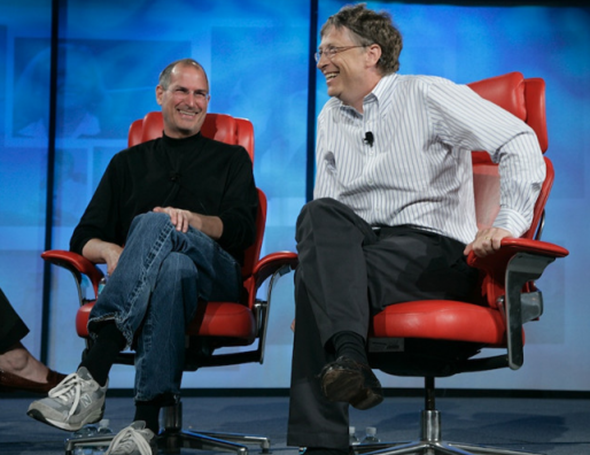 With two different films currently in production which will, in their separate ways, detail the life and times of Steve Jobs, I don’t really need to sound off to much about how significant his ideas and products are in today’s society. He had plenty of flaws, like everybody does, but his ingenuity and motivation dragged Apple from the brink to be one of the most monetarily successful companies of today.

Whether you use a MacBook, iPhone, iPad, or simply an old iPod, most of us will have interacted with a product showing that most famous of bitten apples, and although he didn’t create them on his own, he must take the lion’s share of the credit as co-founder and head honcho through the Cupertino company’s most successful years.

The audio clips are typical Jobs – with plenty of sarcasm, laughs, and thought-provoking comments throughout. If you’re a fan, then I highly recommend you download the compilation from this link. 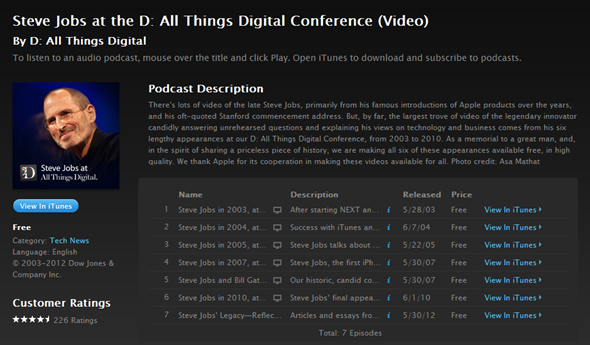 The story of how Apple came to be, and how Jobs – fired from his own company only to return to the rescue like some kind of superhero – will surely make for great motion picture. Although there will be one movie featuring Ashton Kutcher, I firmly believe all eyes will be on the alternative offering, which will be written by Aaron Sorkin – the same guy behind The Social Network, which told the story of how Facebook was created.

Whatever the case, let’s just hope the movies offer a fair, accurate representation of Jobs, and are, of course, entertaining.