Upon its arrival to market in early 2010, Apple’s iPad really changed the way we compute, and where we became used to fold-out structure complete with a physical keyboard, the fruit company’s offering was purely touch-based.

It has proved to be a great move, and although it has contributed to the death of the awful netbook, it hasn’t completely replaced the notebook. As well as the implications of power, tech lovers are still way too comfortable using a physical keyboard, so while the iPad is the device of choice for browsing, checking e-mail, listening to music and watching movies, the notebook is still at the heart of productive computing.

Ever since the release of the iPad two-and-a-half years back, accessory makers have sought to morph the iPad into some form of laptop, with varying levels of success. The ability to dock a device and type with a keyboard has its obvious appeals, but unfortunately, few manufacturers seem to have pinned the tail on the proverbial donkey. 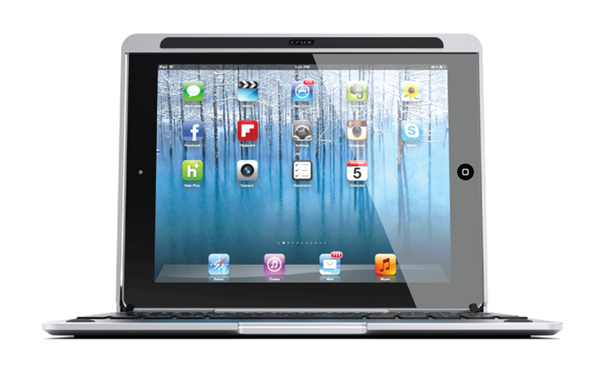 A breath of fresh air in the “turn your tablet into a notebook” market comes in the form of CruxSKUNK – a rethought, and beautifully-crafted product. It’s yet another Kickstarter campaign, thus still requires your support to progress and bring the quirkily-named peripheral to market, but it certainly has the potential to be a real winner.

So, what makes CruxSKUNK such a unique product? Well, like any good product designers, the Crux team has really assessed the current state of cases which create that laptop feel, and identified the common constraints such as lack of strength, inability to mount on the lap (defeating the objective of a laptop), and uncomfortable keyboard layout. 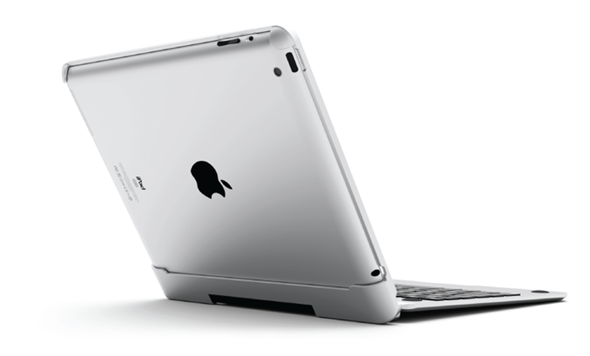 The product tries, and, on the face of it, succeeds in its quest to turn your iPad into something similar to the MacBook Air. The keyboard looks almost identical to that of the world’s thinnest notebook, and despite the Apple logo pointing in the wrong direction (as well as the iPad looking slightly awkward face done), it’s easily the best we’ve seen in this particular product group.

It needs $90,000 through Kickstarter, and with 40 days to go, has already amassed over half of that sum, so should have no problem reaching its target. If you want to get your hands on one, check out CruxSKUNK’s Kickstarter page, where you can get your name on the pre-order list for $135.