The guys over at Facebook could be forgiven for going into the weekend expecting to have a nice relaxing time, considering the amount of effort that has been expended by the company in the last couple of days by pushing out updates to their mobile software. Both Android and iOS users have benefitted from the world’s largest social network, eventually getting themselves into gear with a spree of updates, beginning with a new version of Facebook for Android that brought more efficient image handling and closer control of the creation of events through mobile.

The Android update was quickly followed up with the release of Facebook 5.0 for iPhone, iPod touch and iPad users. The company refrained from giving the app a lick of paint, instead choosing to make minimal changes to the user-interface and focusing on rebuilding the app from the ground up to be a truly native experience with massive speed and reliability improvements. Not wanting to rest on their laurels, Facebook have now updated their standalone Facebook Messenger mobile app for both iOS and Android. 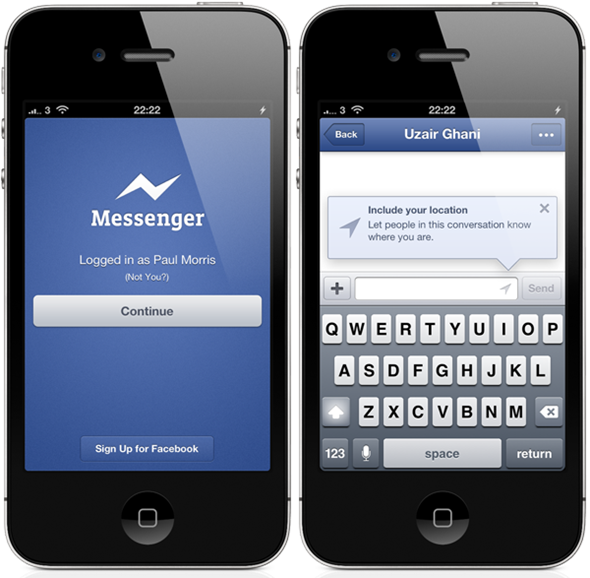 The company has gone down the path of equality and chosen to be fair to both iOS and Android users with Facebook Messenger getting an update on both platforms. As part of the Messenger update, Facebook has brought additional support for the use of emoticons and Emoji type images, something which users seem to crave and will bring dynamism to those outgoing messages. Although the Messenger and official app are two separate entities, it seems Facebook is bringing a more unified experience across the two offerings with users now being able to tap on a friend’s name in the Messenger app to quickly invoke the main app and view their timeline. 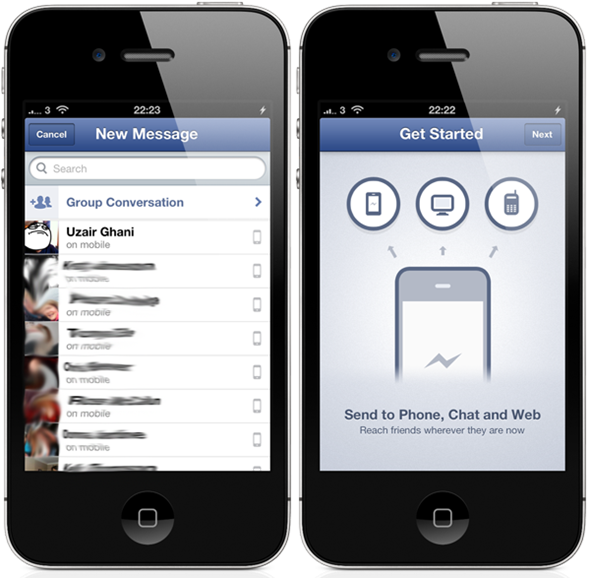 All of those additions are all well and good and definitely brings a little more functionality to the Messenger app. However, the most talked about feature and probably the most important is the new found ability to see whether or not a friend is currently active in chat, meaning that if someone ignores you when you say hi, you can actually find out if they were ignoring you or just not available for chat. It’s about time we saw some activity in the mobile space from Facebook, other than purchasing apps, and with rumors that the Facebook for Android app is going to get a large overhaul soon, times are good in Palo Alto.