Up until this week, it had been presumed Apple would announce the next iPhone, iOS 6, and a new, smaller iPad at a single event, but John Gruber – as informed as ever on the ins and outs of the Cupertino company – leaned towards the idea of the smartphone dropping first in September, with the "iPad mini" following in October.

This idea made a lot of sense, and Jim Dalrymple – another guy famed for hitting the money when it comes to information about future Apple products – seemed to echo Gruber’s sentiments.

That was yesterday, and now AllThingsD has essentially confirmed there will indeed be two separate events. The next-generation iPhone will more than likely be showcased on September 12th before going on general sale nine days later on September 21st, while the smaller, cheaper iPad Mini is expected to follow at some point in October.

With only a couple of weeks to go in respect to the next iPhone’s release, we already have a pretty good idea of what to expect. The form factor will remain strikingly similar to what we’ve seen with the iPhone 4 / 4S, although there will still be quite a few significant changes.

Notably, the screen will become longer (width and dpi are expected to remain the same), bringing the display’s diameter to around 4-inches – a first for the iPhone. To facilitate the new screen, the device itself is purported as becoming slightly longer, and the home button looks a tad smaller from the leaks we’ve seen thus far.

There’ll be polished, aluminum finish to the back, the FaceTime camera will take up a more central position, the headphone jack will move to the bottom of the device, while the dock connector will be significantly smaller than we’ve seen from any iDevice hitherto. 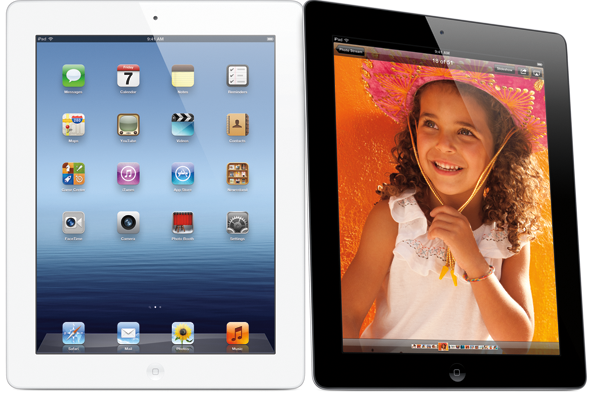 The iPad Mini, as well as including the same smaller dock connector, will apparently look like a large iPod touch due to thinner bezels along the side, and while there may still be some changes in store, we’re expecting front and back-facing snappers. Storage space is likely to sit at 8GB, and although price details are unlikely to surface until the special event in October, it’s thought to be retailing at 200-300 bucks.

Which device are you looking forward to the most?