This Is The Average Lifespan Of An Apple Device, According To An Analyst

There has long been a belief among some of the people across the internet that Apple builds its devices with an inherently short lifespan in mind. Planned obsolescence is something Apple has been accused of for years, apparently with the aim of making people buy new hardware sooner than they should have to. Of course, the recent news about iPhone batteries and the way Apple slows its older smartphones down hasn’t helped, but assuming you can see that for what it is, the obsolescence thing is a non-story. Asymco analyst Horace Dediu has this week shared some of his research, which focused on working out the average lifespan of a range of Apple devices, and they actually last rather well.

According to the report, if you take the number of active devices and cumulative devices sold, you can calculate the average lifespan of devices. 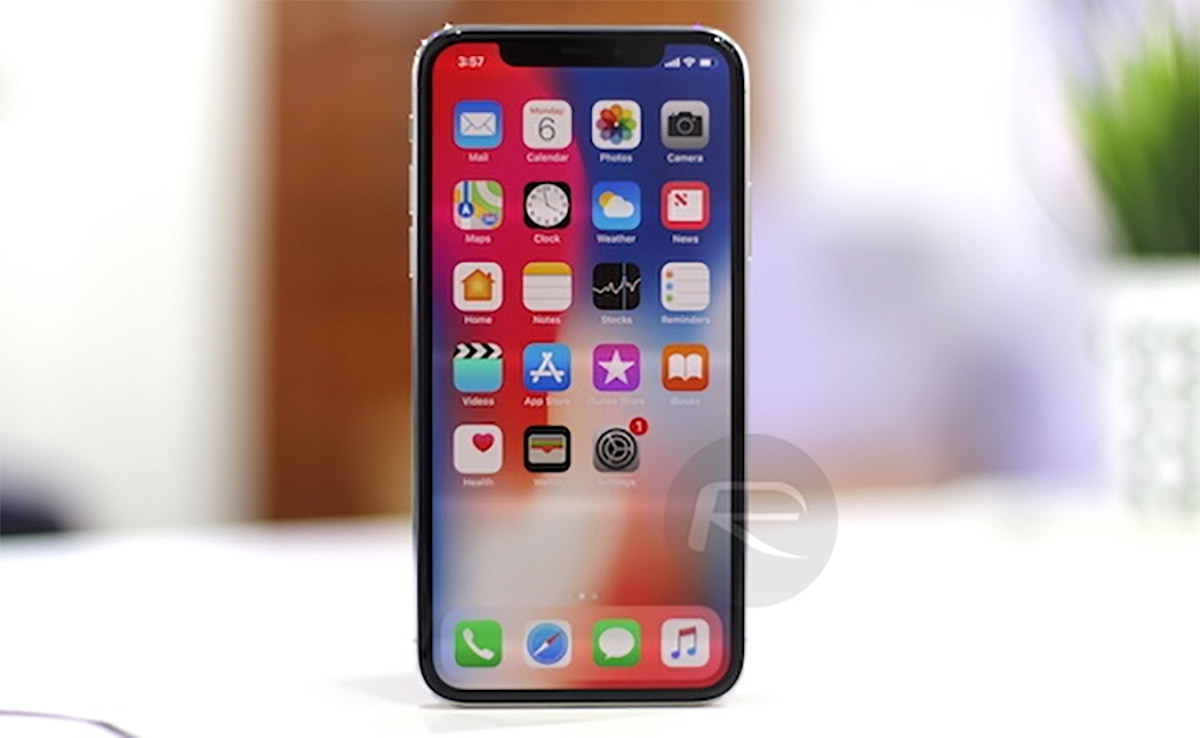 With Apple CEO Tim Cook announcing during the company’s most recent earnings call that the active number of Apple devices worldwide was a staggering 1.3 billion, the analyst believes that subtracting the known active devices from cumulative devices sold allows the determination of the “cumulative retired devices.” Still with us? Good.

Ready for the science?

Arithmetically, the average lifespan at a given time t is the duration between t and the moment when the cumulative devices sold reached the cumulative retired devices at time t.

For example today–as the visual above represents–the lifespan is the time since cumulative devices sold reached the current total retired devices. The cumulative retired devices can be calculated as 2.05 billion cumulative sold minus 1.3 billion active or 750 million. The time when cumulative devices sold reached 750 million was the third quarter 2013. The lifespan is thus estimated at the time between now and Q3 2013 or 17 quarters or about 4 years and three months.

Now if you’ll excuse us, we’re off for a lay down before calculating when our Apple devices should theoretically die. 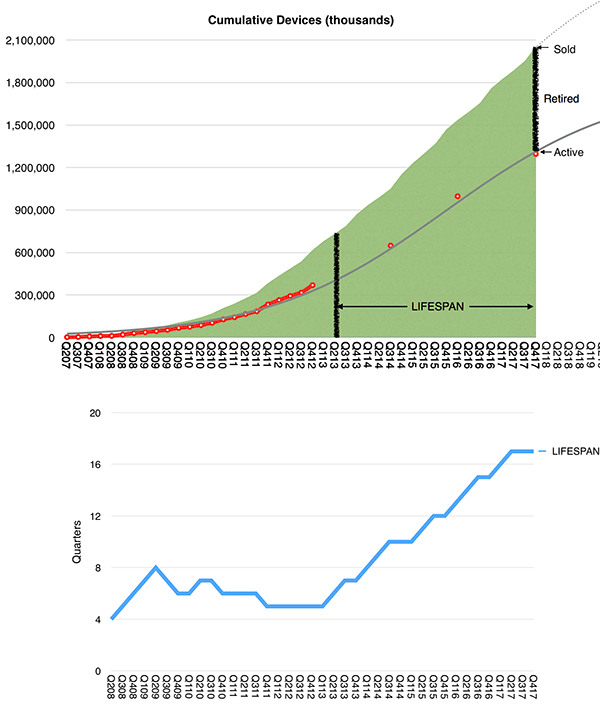