This iPhone Case Unlocks Your Device, Gives You A Second SIM Slot And Extra Battery Life

The folks behind the famous iPod touch Peel case have come up with an all-new product called the Vooma Peel PG92 which adds the ability to use two SIM cards on your iPhone, besides giving it extra battery life. 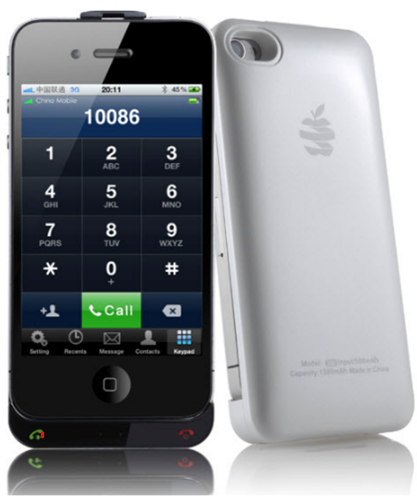 The news comes from TechCrunch – a blog dedicated to covering the latest and greatest from the world of technology – in a post in which they talk about their hands-on time with a pre-release build of the case.

As we mentioned in the introductory paragraph, the case is called the Vooma Peel PG92. It does three things: unlocks your iPhone (provided it’s jailbroken already), gives the ability to use another SIM card and – thanks to a back-up battery – increases your iPhone’s already impressive battery life.

Once jailbroken and set up, you download the Vooma app which is basically a dialer that lets you make calls. It’s not exactly the same dialer as the one that comes with your iPhone, but its pretty darn close, according to the hands-on preview by TechCrunch:

Once it’s set up the Peel PG92 works seamlessly and even uses a similar interface to Apple’s own dialer – although it’s clear that the programmers had to cut a few corners to get the look and feel correct. For example, the dialing screen is actually a bitmapped copy of the original dialer and the letters and numbers are slightly warped. However, all of the major functionality is recreated in the Vooma app.

Although the case adds a lot of bulk to the iPhone and doesn’t look all that charming, it provides some pretty useful functionality. Being able to use multiple SIM cards would mean people who carry separate devices – office/personal – can instead carry one iPhone. Besides this, the case comes with a back-up battery. With smartphone batteries being generally so terrible, who wouldn’t love getting more battery life?

Vooma’s case is compatible with jailbroken iPhone 4/4S. Since the iPhone 4S is yet to receive a public jailbreak, 4S owners will have to wait it out, though.

Nothing has been stated regarding its price or release date, but we’ll be sure to inform you as soon as we have more information. Until then, you may sign up for updates from Vooma’s official website.