The next-gen iPhone has been a hot topic ever since the release of the iPhone 5, and although Apple is famously good at keeping things under wraps until the 11th hour, many have suggested the next-gen device will come with a fingerprint sensor. Today, designer Frederico Ciccarese shows how this implementation could manifest itself on the next-gen device with a concept which also includes a curved display.

Every time the Cupertino company releases a new flagship device, there tends to be a gimmick / marquee feature that leaves chins wagging among consumers. With the iPhone 4, it was the radical redesign bringing a sleek, Gorilla Glass finish, the iPhone 4S brought Siri, and the iPhone 5 was one again notable for its anodized aluminum outer shell and a taller 4-inch display. This time, it is thought, Apple will look to create buzz by adding a fingerprint sensor, which would enhance security and general functionality while also helping to bring some of that ‘cool’ factor back. 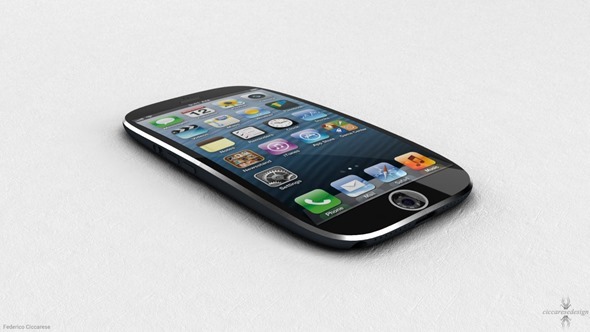 For a long time now, it has been suggested the next Apple smartphone will follow in the ‘tick-tock’ release cycle, with the word “incremental” having been used ad nauseam to describe an “iPhone 5S”, or maybe “iPhone 6” if Apple decides to break away from the naming convention. As such, the device would look quite similar to the current flagship, but have a few weapons in the arsenal to lure consumers into upgrading. 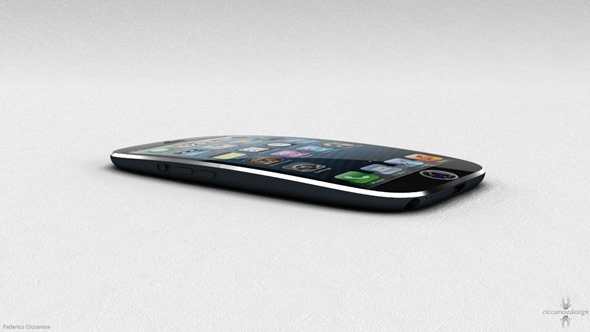 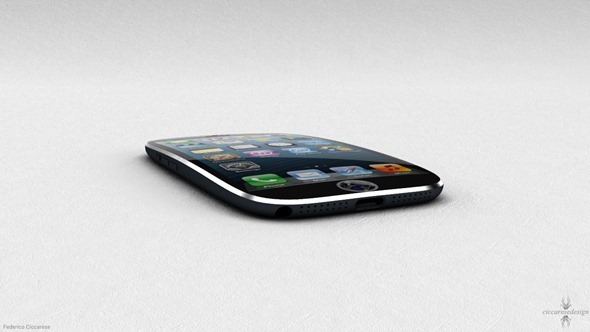 Just how a rough around the edges Siri was enough to get people to upgrade to something which didn’t really bring much by way of enhanced experiences, a fingerprint sensor would certainly raise eyebrows, and although it’s likely to divide opinion in much the same way Siri did, it is a very interesting idea.

The iPhone 6 concept, aside from looking a tad like a soap dish, depicts a rather beautiful looking iPhone in my opinion, but by the same token, I do think it’s a design far too edgy for the notoriously safe Apple to ever consider. 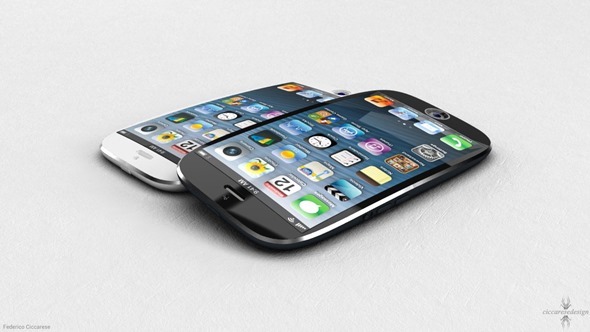 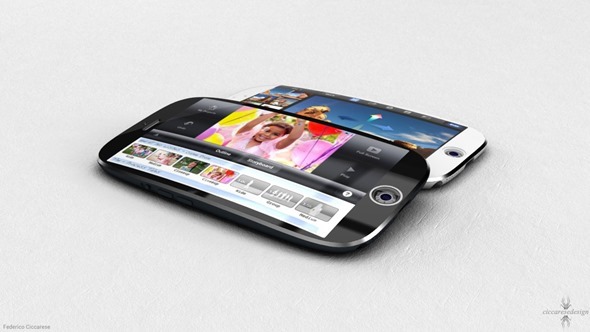 The fingerprint sensor fits in nicely in the area where the Home button currently resides, and although it’s questionable whether consumers are looking for this kind of feature over, say, NFC, Apple is very good at selling an idea, while also getting to believe it’s a game-changer.

What do you think – would a fingerprint scanner on the iPhone make it appeal to you more? So share your thoughts below!