iFixit’s teardown of the iPhone 5 answered many questions unanswerable until one has had a good look inside a new device, and gave the true techies something to ogle over.

Looking at all the little, intricate components making up a device is certainly interesting, and if you’d rather stare at a completely stripped-down iPhone 5 when looking at your own device, well now you can courtesy of iFixit. The guys that love dismantling some of the world’s most sought after gadgets have provided a wallpaper depicting exactly how your iPhone 5 would look if the outer shell and display were moved, and you can now grab it by browsing to this page on your device. 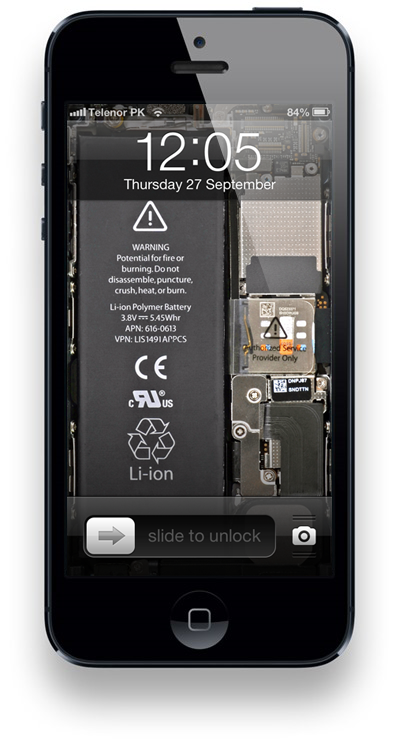 Sure, it’s not to everybody’s taste, and I know many of you will prefer something a little more abstract. Indeed, if you’re the kind that only uses technology because you have to, and detest it in every and any form, you’ll probably want to pass on iFixit’s kind gesture. But for the rest of you, I’d highly recommend downloading and saving to your images for when you’re feeling decidedly geeky.

Because there are some additional bits and pieces around the perimeter of the iPhone 5, iFixit also took another snap inclusive of all that fodder. Having held a vote, half of the iFixit team liked the cropped image, while the other half preferred seeing the iPhone 5 laid fully bare, hence both were released as an option. 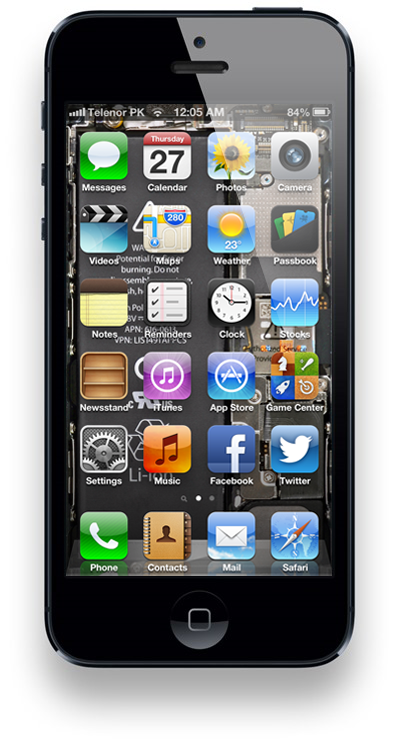 Which image do you prefer? I prefer the cropped shot, although I don’t yet have an iPhone 5 to test it on, so download both for yourself and decide which one looks better. Both are very similar, but if I had either as my wallpaper, I think my favorite part would be the text written on the battery, specifically the "Do not disassemble, puncture, crush, heat or burn" part.

Give them a try, and you never know, you may be able too fool one or two into thinking you’ve a special, limited edition "X-Ray" version of the new iPhone 5. Having seen how easy it can be to trick people when it comes to Apple’s flagship smartphone, don’t be surprised if it works, either.