We’ve seen plenty of iOS 9 concepts surface in the past few months from fans and designers alike, with some of them being pretty ambitious. This new concept however, does not tinker much with the existing building blocks of iOS 8, and instead, is looking to add a new Quick Access feature on the lock screen.

It has been reported that with iOS 9, Apple will be heavily focused on fighting the chinks in its mobile operating system’s armor, and that the release of new features will be taking the backseat for a change. This new iOS 9 concept video from Conceptsiphone seems to have taken a hint from Apple’s purported plans for its next-gen mobile OS, and has hence gone for a much targeted and calmer approach. 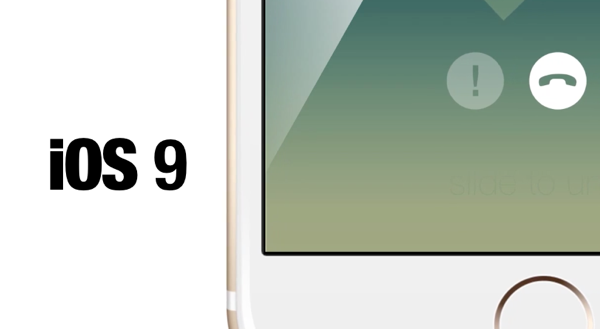 We already get notifications on our iOS 8 lock screen, but the designers believe that this information can be better filtered and arranged. Enter – Quick Access, a feature which is split into three types of notification sets for you lock screen: Notifications, Missed Calls, and Reminder. All three of these notifications will be sporting their own separate page, allowing you to focus and prioritize even better than before.

The notifications and alerts under this new feature will be interactive of course just like in iOS 8, though I have to say, the addition of checking up all your reminders right on the lock screen could be real hit. This does remind me of the various lock screen widgets available on the Android platform, though much simpler. According to the video, reminders can be pinned to Quick Access, allowing you to filter out the relatively unimportant tasks.

As for the real iOS 9 which is still under development at Cupertino, it is said that Apple is also looking to reduce the platform’s footprint on devices’ storage after consumers were outraged with the massive space that iOS 8 had taken up on their iPhones, iPads, and iPod touch.

If Apple were to release any new features or change the UI on the platform, this concept video is a good example of just how far Apple may be willing to go this time around where it’s still struggling to address all the bugs and issues that have been plaguing iOS 8 since its release.