There are, as we know, those Apple fans that won’t look at products like Android or Windows – let alone use them, but likewise, there are also those Android users whom detest everything made by Apple. If you’re one of the decidedly few people who can appreciate elements of more than one operating system, you may want to check out this particular launcher, which gives your Android home screen a look resembling that of an iPhone.

Of course, at present, iOS (or at least, iOS 6), is subject to much negative publicity thanks, in large part, to its lackluster Maps app. Apple claimed 200 changes were made from iOS 5, which has to be true since it wouldn’t be allowed to say so, although what the Cupertino company failed to stipulate was, not all of those changes would be positive progression.

That said, iOS 6 didn’t lose the clean, smooth home screen it always had, and if you’re an Android user appreciative of that look (if not necessarily the OS itself), then the aptly entitled Fake iPhone 5 Launcher may be of some assistance to you.

Although the image depicts only four rows of icons, this can be altered within the launcher’s settings, so don’t worry, you too can enjoy the five rows enjoyed by those running iOS 6. I say enjoyed, but users are actually less satisfied running iOS 6 than iOS 5 according to a recent poll, so you’ll get the new look without all the additional hassle plaguing early adopters of Apple’s new firmware. 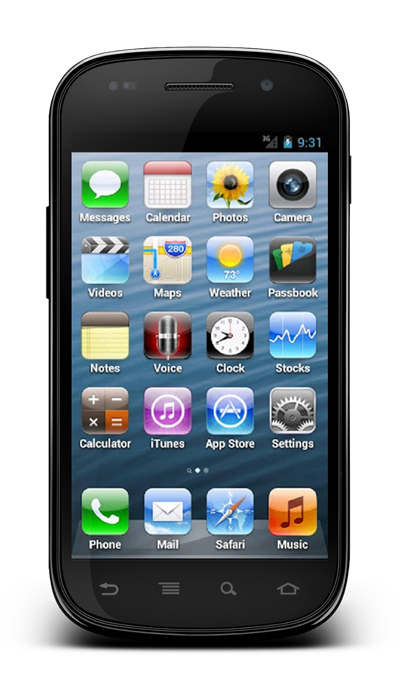 As well as looking uncannily like an iPhone home screen (save, perhaps, the status bar), it also functions like one, too. You can add your very own custom wallpapers, and the launcher also offers a Spotlight-esque search feature when you swipe to the left. 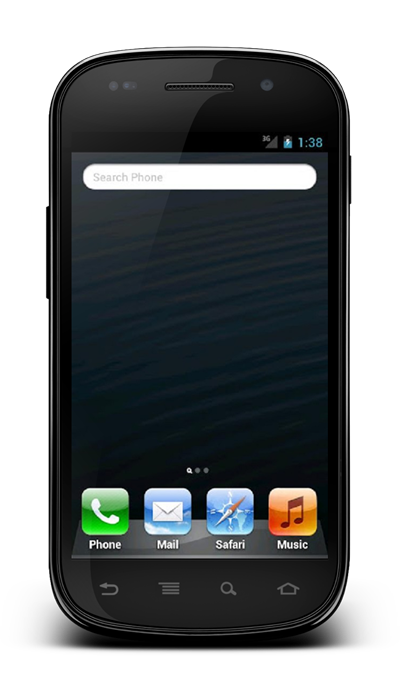 Personally, as much as I like to tinker with my devices, I like to keep my iPhones looking like iOS, and my Androids looking like they’re running on Google software. Still, I’m sure many of you will beg to differ, and the look on your friends’ faces as they try and make sense of your "hybrid" device will certainly be worth savoring! 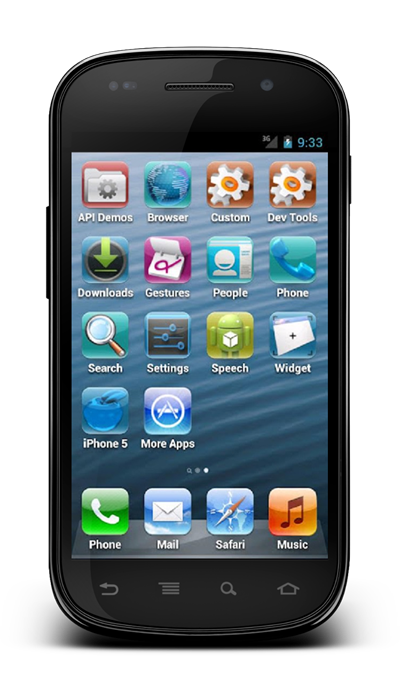