Nokia’s Lumia range accounted for the only devices worth checking out on Windows Phone 7.x, so naturally, all eyes are on whether the Finnish company can deliver the goods for the yet-to-be-released Windows Phone 8 platform. The omens are good, and as well as packing the best tried-and-tested camera in the smartphone market in the Lumia 920, Nokia also offers a cheaper, mid-to-high-end smartphone in the Lumia 820, and both come in a slew of vibrant colors.

The smartphones were both announced on the first week of this month at a special event in the US, but like many Microsoft-based launches recently, many key details regarding price and release date were left to the imagination. To shed a little light on the situation, TheVerge spotted a live press release on Nokia’s Russian site which tout the Lumia 920 as costing 24,990 ruble ($800), with the Lumia 820 setting consumers back 19,990 rubles ($640). With regards to release, Russian consumers are told both handsets will be available in Q4, with pre-orders now running.

Meanwhile, prices for other European countries, including Germany and Italy, have also emerged. In Germany, the Lumia 920 will cost €649 ($836) with the Lumia 820 will drop for €499 ($643). In Italy, the Lumia 820 will cost the same as it will in Germany (and almost the same as it does in Russia), although the flagship will be only €599, or $772. Germany seems to be the cheapest option for new smartphones, with savings of up to €120 on brand-new SIM-free smartphones regularly available. If you’re based in Europe and in the market for a new handset this fall, ensure you keep an eye out on Amazon’s German branch – you might save yourself a significant amount of cash. 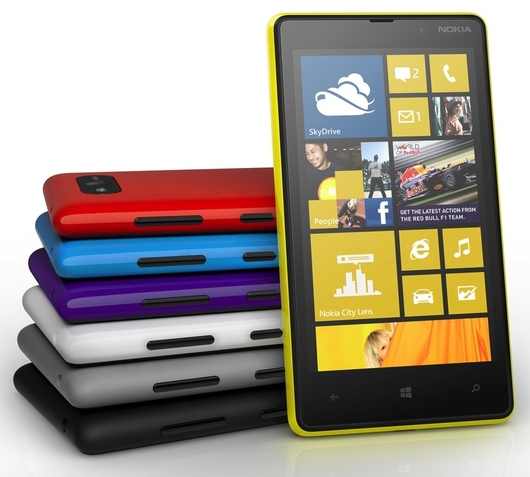 While no release date has been forecasted for Germany or Italy, Nokia has already suggested both devices will arrive mid-November, but is still remaining tight-lipped regarding specific availability.

Although the Lumia 820 and 920 are both very promising devices, Nokia can ill afford to rest on its laurels. The success of the Lumia 800 and 900 won’t go unnoticed among consumers – no less because the successors to both devices borrow many of the physical design elements from that past generation, but with HTC having announced its (somewhat Lumia-esque) 8X and 8S, and Microsoft also bringing its own Windows Phone 8 smartphone, it’s going to be a tough battle for recognition.