With a well preserved Apple-1 fetching an astonishing $671,400 at a German auction this week, it proves that despite the wonders of modern technology, there’s still room to appreciate the origins of the devices of today. With this theme in mind, one hack-minded individual has shown how it can be possible to transfer files from the redundant floppy disk to the darling of the tablet industry, Apple’s iPad.

Although it’s not something everybody is going to be running off and trying right away, especially considering it’s been a good few years since most of us have even touched or seen a floppy disk, it’s certainly a very interesting and novel piece of work, and is worth appreciating just for the sheer tenacity. 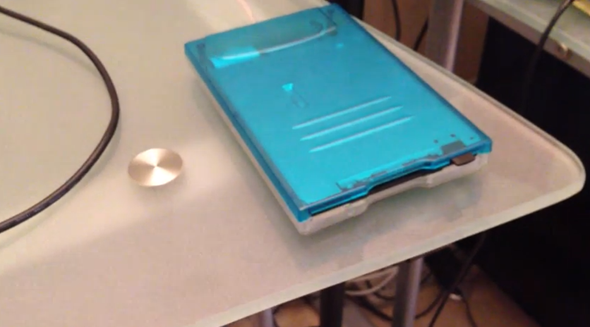 The credit for this piece of hacking brilliance goes to YouTuber napabar, who managed to demonstrate his well-researched process for transferring files from a floppy disk straight to an iPad. If you were to try your hand at it, you would need a MacBook, floppy disk reader, camera adapter for iPad (which is in turn manipulated into thinking you’re connecting a camera) and a little bit of patience. That’s all there is to it, and obviously a little bit of skill.

Of course, since floppy disks are incredibly slow compared with other media, the images in the demonstration took a bit of a while to cache. Still, after a brief wait, the images load, and can then be imported straight from the floppy. 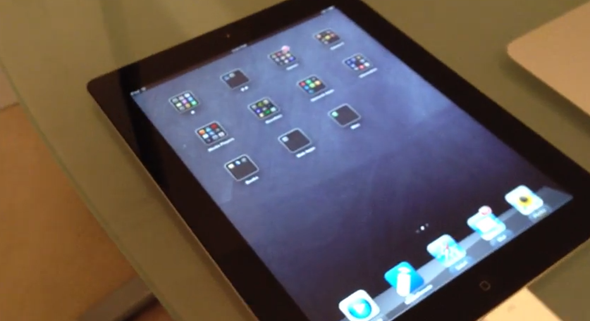 Obviously, this is something you would only want to try if you either only have certain files stored on a floppy, or if you’re simply bored and wish to do a spot of midweek hacking. Most floppy disks could only house a few MBs within that tile-like structure, which is a far cry from the speedy USB 3.0 thumb drives which can store many tens of GBs of video, music and other miscellaneous items, but we don’t think there’s any danger of you guys still being stuck using them!

Still, if you’re stuck for something to do, and you have all the relevant bits and pieces lying around, do give it a shot. Oh, and if you do, be sure to let us know how you get on by dropping a comment below.