A new smartphone case not just brings additional battery life to Samsung’s flagship Galaxy S6 and Galaxy S6 Edge smartphones, but also allows the use of an microSD card for extra storage space as well.

Smartphone cases used to be all about trying to keep your phone safe when you inevitably drop it, and then they became something of a fashion statement. Nowadays though, smartphone cases are particularly suited to housing batteries, allowing smartphones to last longer in-between charges. the new Incipio Offgrid case for the Samsung Galaxy S6 and Galaxy S6 Edge takes things a little further, though. 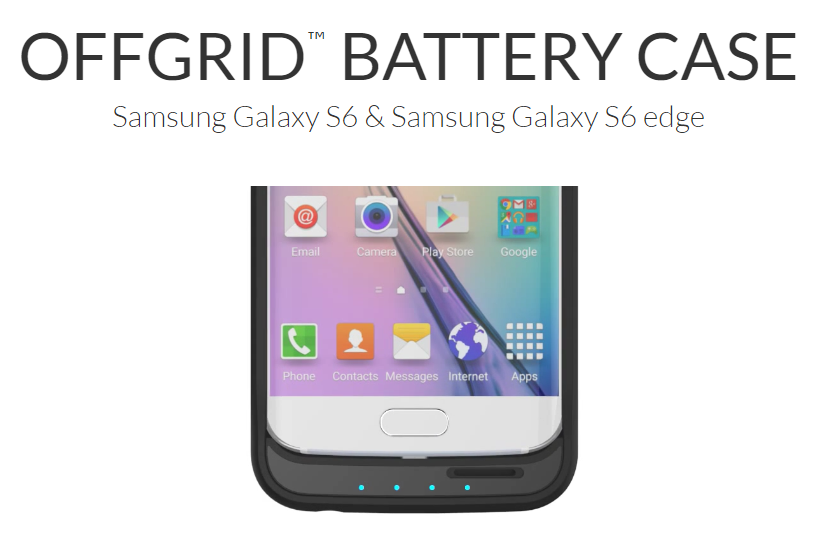 Costing $89.99 the uninspired looks of the case can be misleading, because while it doesn’t look like much, it does contain a 3,700 mAh battery that should see smartphone within last a while longer even after its own battery has given up its ghost, but while that may be enough for most, Incipio has gone one step further by adding a place for users to insert a microSD card, giving Galaxy S6 and Galaxy S6 Edge owners the ability to bump their phone’s storage up by as much as an extra 128GB. If you’re still sore at Samsung’s decision not to put an SD card port in its latest flagship phones, then Incipio has your back.

In order to take advantage of the extra storage all that is needed is for the case to be used and a card inserted before flipping a switch which makes the whole thing live. Do that, and you’ve got yourself some extra room for all those selfies. Very clever indeed.

The Incipio Offgrid case can be bought now for $89.99 from the official incipio.com website and comes in just the one color – black. Incipio will even ship the Offgrid out to any US address for free, so get ordering if extra battery life and additional storage sounds like something your Galaxy S6 or Galaxy S6 Edge could benefit from.