There’s no denying that the Philips hue iOS controlled lighting system is an amazing and extremely sought-after product, but if you had asked us about the potential for awesome third-party apps to be created on the back of the release, then we would have been hesitant. Still, even the initiated are sometimes off the mark, which is extremely evident in this case with the launch of the Ambify iPhone and iPad app that literally turns music into light.

The developer of the app describes his creation as a “Hue enabled jukebox that turns music into light using Philips Hue Smart Bulbs“. It may seem like something that would be extremely difficult for the user to get their heads around, but the power of Ambify lies not in the fact that it seamlessly hooks into connected hue smart bulbs, but that it manages to produce the music based magic with minimal interaction from the end-user. 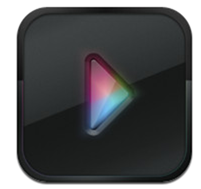 The app itself comes with a bespoke and unique music player as part of the package that has been tailored and crafted for the iPhone and the larger display of the iPad. From a developer point of view, it’s always great to be able to honestly state that you had the first app of its kind and that certainly seems to be the case with Ambify. The simplicity of a jukebox mixed with the endless lighting possibilities that have been made possible with the Philips hue definitely makes this particular app stand out as innovative.

So how does it work? Well, in all honesty, it is as simple as launching the app, selecting the desired playlist by accessing the music on the device and then letting the underlying algorithms work their magic as the light is changed to reflect the constantly changing music. Rather than sitting and watching a mundane graphic equalizer on the display of the device, we can now interact with a real-world equalizer created by the dancing hue lights. 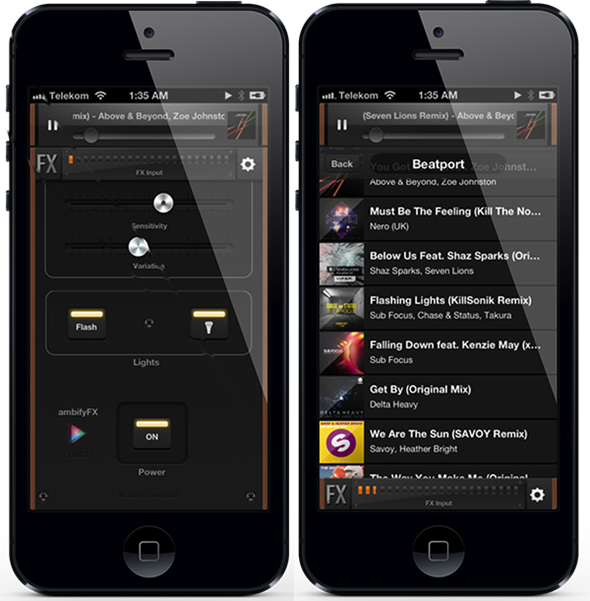 For those who want to take things a little further, it is possible to tweak specific settings from within the app, as well as send the music to an AirPlay enabled device while still enjoying the hue based goodness.

(Source: Ambify for iOS on the App Store).