We all know that the iPad is undoubtedly one of the most popular consumer gadgets of our time, praised from all corners for its beauteous design and advanced feature set. However, Apple has to live with the fact that it isn’t possible to please all of the people all of the time. The physical form and technical advancements of the product are often talked about and complimented, but a lot of the native applications and user-interface techniques don’t always sit right with all users.

The default Music app that ships as part of the iPad iOS installation is one such app that has come under fire since the launch of the tablet device. Even though it has recently undergone a cosmetic makeover to make it more user-friendly and attractive, it still hasn’t managed to fill the hearts of all. With that in mind, the Track 8 iPad app is an attempt by Ender Labs to reinvigorate and prettify the user’s musical experience. 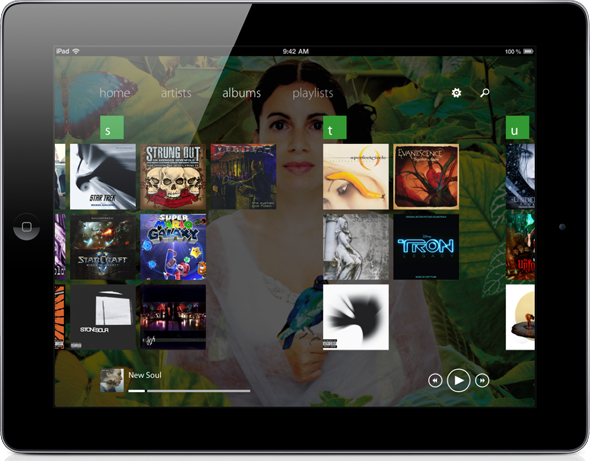 The focus of the Track 8 app is placed pretty much entirely on the album artwork and artist images to provide users with an immersive visual experience that is built around the Windows Phone/Windows 8 Metro-style interface in mind. After installation, the Track 8 music app brings the standard features that you might expect from an entirely music-based app, such as being able to quickly find and listen to recently played, newly imported and most played songs and albums. The app also comes with the option of visual customizations, to allow users to tune Track 8 to suit their own styles and usage preferences. 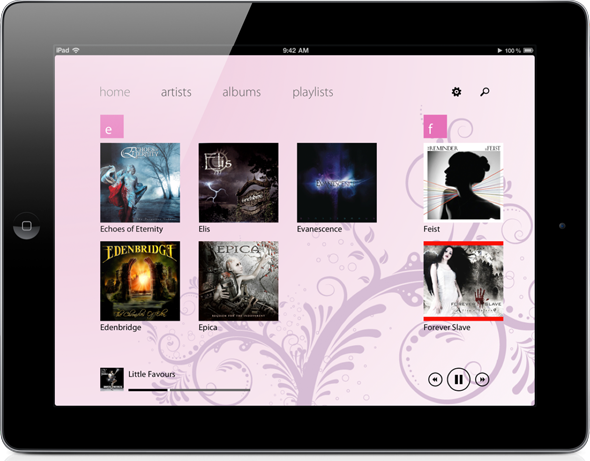 The search function within the app is one of the fastest we have come across in an offering of this type and when mixed with the engaging, clean Metro interface, it actually makes for an extremely capable replacement for Apple’s own Music offering. The launch of such an app from Ender Labs goes some way in showing off just how highly thought of the Metro design style is, especially considering that the finished product works so well on one of the world’s biggest mobile operating systems. 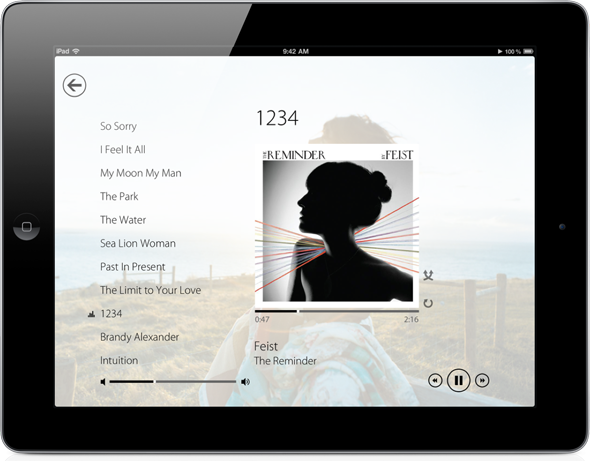 Track 8 is an iPad-only application and is currently available from the App Store for a cost of $1.99, requiring iOS 5 or above to function.