Apple’s iPhone is often cloned and bootlegged in nations such as China, but rarely does Japan get in on the act. One company, recognizing just how popular the latest and greatest iPhone 5c has been so far in Japan, has taken advantage of the situation by delivering a smartphone that, despite appearing fairly similar to its Cupertino-designed adversary, does the colorful handset a gross disservice with a bunch of crummy specs.

Back when the iPhone first made its appearance, knockoff products were technically way inferior to the real deal, but over time, we’ve seen copies of numerous high-end smartphones pack higher-end specs to match. It’s not uncommon to find an iPhone or HTC One or Galaxy S clone with a quad-core processor or a few gigs of RAM, but unfortunately, Japanese manufacturer Iosys’s conspicuously named ioPhone 5 doesn’t even offer a decent performance. The company, brazen enough even to steal the name, clearly hasn’t been reading a revised copy of the knockoff 101 handbook, and atop a sea of low-end specs, you get arguably the marquee feature in Android 4.2 Jelly Bean. OS aside, you get a paltry 512MB of RAM, a dual-core SoC from Mediatek, a measly 4GB of storage and a 480×854 display, which is nowhere near HD.

If you’re looking to take some great pictures on your device, you’ll very much struggle to do so on the 2-megapixel rear snapper, which is actually inferior to most front-facing cameras on market-leading handsets. 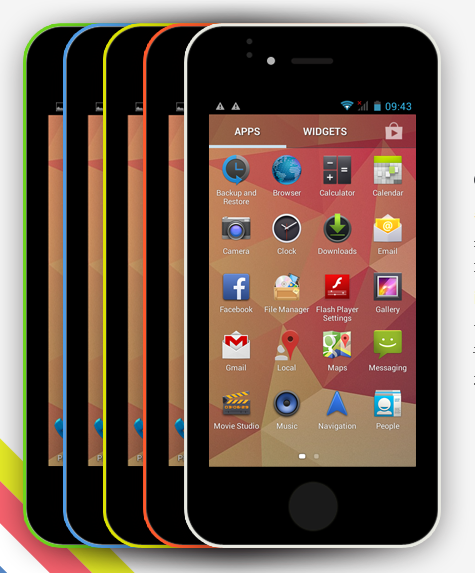 Even though it does, in its defense, look very much like the iPhone 5c – the main attraction, one suspects, to even considering this purchase – the cost of  15,490 yen, equating to around US $150, seems a little steep in this day and age. It may be much cheaper than the iPhone 5c, of course, but if you’re looking for a device built for solid use in all areas, the specs within the ioPhone simply will not do.

If the device could have done what most other rip-offs do and pack some decent innards, an HD display and a reasonable camera, then it might have been a worthwhile product. It may still sell well in Japan, as people seek the Apple look without the Apple price, but they will, in no uncertain terms, forgo the Apple experience for a very lackluster Android one.

And oh, it even comes with its very own video which you definitely don’t want to miss out on. It’s cheeky beyond belief: