This 5.7-Inch iPhone Phablet Concept Is Ready To Take On The Galaxy Note Head To Head [VIDEO]

If there’s one rumor that just won’t go away, especially when there is talk of a new iPhone being on the cards, it’s the suggestion that Apple is all set to bring a new, larger screened device to market. The release of the iPhone 5 was the first time those rumors were actually right, but with some claiming a yet larger device is on the horizon, could Apple be about to take Samsung on at its own game? 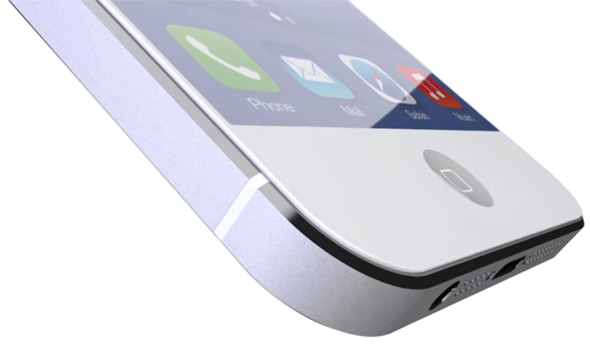 Claims that Apple’s next handset, be it the iPhone 5S or iPhone 6 will feature a pocket-busting 5-inch-plus display have led to a new concept to be put forth, featuring an “iPhone 5.7.” We weren’t all that keen on the idea of a larger iPhone phablet until we saw this concept, and now we want one. Really want one!

The concept itself offers a handset packed with the same resolution screen as Samsung’s headline device does, along with a quad-core A7 chip in order to make it easier for iOS 7 to push all those pixels around. Placed side-by-side with an iPhone 5 and showing iOS 7’s colorful interface it’s clear that a near-6-inch iPhone would look stunning. We just wonder whether it’d be a little too big for us to really use. 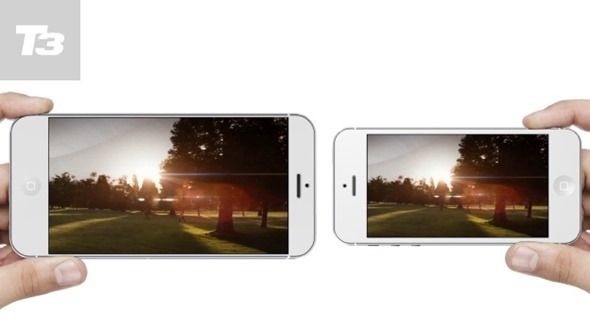 Realistically we think a 5-inch device would be better than a 5.7-inch affair, but with Samsung’s Galaxy Note series selling well, what’s to say Apple won’t skip the 5-inch market completely? Stranger things have happened, that’s for sure, but we don’t think we’d want to bet our houses on it. Or even a shiny penny, for that matter!

Rumors of what Apple will incorporate into the next iPhone are rife at the moment, with claims and counter-claims on a seemingly daily basis. In fact, recently, we saw a report claiming that Apple is looking into launching a 5.7-inch iPhone (or a phablet, as we love to call it here) next year. We’ll know more closer to the expected release date towards the end of the year, so until then it’s really mainly guesswork.